A Remarkable Memory in ASRICA (ASIA-AFRICA)! 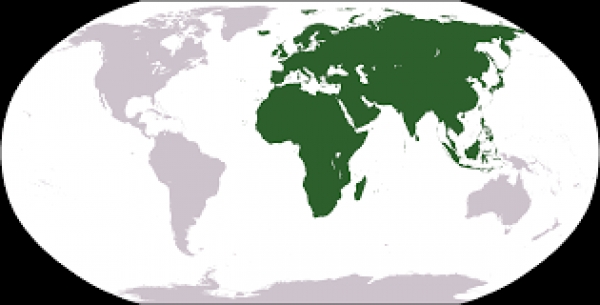 As you know, ASSAM held the 3rd International ASSAM Islamic Union Congress in Istanbul on 19-20 December 2019 with the main theme of ASRICA Joint Defense Industry Production.

Compared to previous years, it was observed that there was a noticeable increase in the number of foreign participants, especially in this year’s congress.

Dozens of people from Asia, Europe and Africa, who did not know each other, came running to Istanbul, which they saw as a hope to form the ummah.

Academic presentations on the defense industry started in our halls, which turned into a show of colorful local clothes.

Everyone was working like an ant, making a ceaseless effort for the successful execution of our congress.

In order to announce our congress to the whole world, we were preparing in front of the camera of one of the televisions that were recording and making interviews.

Our Congress Administrative Secretary Mehmet Utkan suddenly appeared beside me with all his sadness and excitement.

You will never guess what happened! The cameraman was looking at me. I was saying “Utkan, it is not the exact time!”. But he was not leaving me alone. It was obvious that he would not go away without telling me what happened.

I said “come on tell me”. While I wanted to listen to him and get in front of the camera as soon as possible, he started to speak.

While the academic papers were just being presented, we could not find the academician from Burkina Faso who had a presentation in the ASIA hall. Everyone were waiting for him. With all of our friends, we were looking for him. Suddenly, we thought of checking the AFRICA hall.

"Isn't my presentation here?" he said, looking at us with a bemused look. “I am AFRICAN. AFRICA was written on the door of this hall. I thought that as the AFRICANS we would present our declarations here”.

I hugged him.  I was all choked up. I said “no way sir”. When I said “you will present in ASIA hall” his eyes lit up and a little tear slid from his eyes. We could not say anything. We took our place in the ASIA hall by running arm-in-arm and excitedly like elementary school students who had successfully received their school report.

While describing the events, Utkan stared into the space; then suddenly what came to my mind was my black brothers and sisters who have been trying to break their bad luck for the last century, suffering by exploitation under western imperialism.

All of a sudden, I dreamed of Bilal ibn Rabah, the voice of the Prophet's movement centuries ago. Were not these black brothers entrusted to us by our Lord Bilal ibn Rabah (may Allah be pleased)? They were waiting for us, their brothers, to escape captivity under oppression.

How are we going to carry this burden on us? Are not we responsible for these people who have lived in peace, tranquility and security under our banner for centuries?

Of course, we are responsible. I did not see the sparkle in the eyes of the academician from Burkina Faso. But do not you think it is worth seeing ASSAM Islamic Union Congresses.

More in this category: « Declaration Of The Fourth International Congress Of The Islamic Union Of Assam Who is Responsible for the Chaos in Libya? »
Login to post comments
back to top