15 Years In The Navy 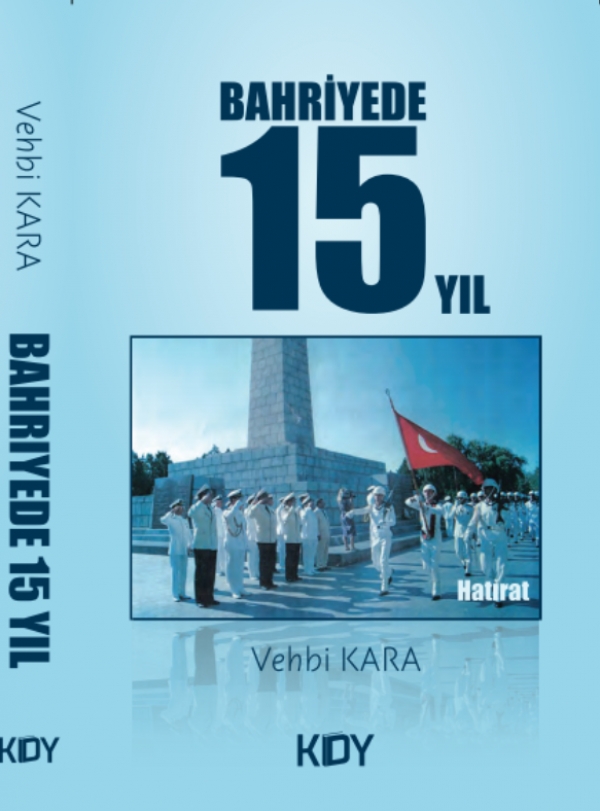 Some of my readers ask me: Some sides broadcasting against you for years and they say, "he was expelled from the army because of being Fetullahist". Is this true? If it is a lie, why don't you apply to court? We would also like to learn the facts from you.

First, let me say that some sides and some newspapers write “throw dirt enough, and some will stick” type of articles have no original lining. The information that I did not apply to the court is also wrong. Because I testified to the prosecutor's Office of press affairs at the Kartal Courthouse after the criminal complaint I made. But prosecutor stated that he would not sue.

Since we cannot meet at the court, we will settle down on the Judgment Day, no one will get away with the slightest bit of good and evil. So, let me share the events I have experienced with my readers so that those who wonder to what extent the claims about me are true will find out.

Those who read this article, please do not say "I don't care about your personal life!". Because the events I experienced in the Navy in 1982-1997 are the bitter truth of Turkey. Some global power groups that owns media power often deflect facts by slandering them. Therefore, every citizen to know the full history of military coups in Turkey and will endeavor to avoid any more; there will be a part they can draw from this article.

Before mentioning the 15 years in the navy, I would like to say the following. What is written in this article is included in more detail in my book titled “15 Years in the Navy”. Those who wish can buy and read Kitapyurdu Doğrudan Yayıncılık (KDY) via the web. This is the summary you can read from this article.

There are two more editions of this book published in 2007. But I had the opportunity to expand this a little more and elaborate the third edition. I really think it is an important work to make a note in history.

First of all, it is necessary to mention the subject of "Fetullahism". Because many people ask this. I have written five or six articles on this topic. Those who wish can easily read it from the web archive of the Yeni Akit Newspaper. Let's summarize again briefly:

A teacher officer tried in the case of "West Study Group" named Alican Türk made this claim in 1997 by finding the Supreme Military Council decision. In those years, we thought we were expelled from the army on the grounds that our spouses wore headscarves. As a matter of fact, the West Study Group had fired many religious officers from the army during the 28 February 1997 process by illegally profiling.

What is interesting is that the period when the officers expelled from the army are most intensively is the period when Necmettin Erbakan was Prime Minister. Alcoholic generals like Güven Erkaya said, “You thought you were in power; We actually rule this nation”, he expelled nearly ten thousand soldiers from the army. Our guilt was like ”you have an eyebrow on your eye“,” your wife has a headscarf on her".

I learned the official reason for my expulsion from the army only during my application as a complaint in the February 28 Case. There was indeed the phrase "Fetullahism" in the document. For someone like me who has been fighting the FETO organization since I was 17, this document was a big surprise. Here; like my fellow soldiers who were thrown out, everyone had to be labeled by them, and I claimed “Fetullahism” from bingo.

Look at a twist of fate that During my years as a cadet in the navy and military, I had fought with Fetullahists as much as communists. Because the survival of a student who prays was the most disturbing thing for Fetullahists.

In those years, the FETO organization had a practice called implication and prayer, which had no place in religion. They never prayed and set up all kinds of dirty plans to immediately discourage those who were praying.

There were also aspects in which they were right. Because junta leader Kenan Evren of the military coup of September 12, 1980, had relentless hostility towards military school students who prays. "Indeed, we dropped thousands of students from military schools," he boasted over and over on television.

Things were very bad at the Naval Academy. The most successful students of the class even the students who graduated from the Naval High School with the first place were expelled from the military school because they were “praying”. So, when the students saw me praying, they would scare me, “Oh, What are you doing, and they would kick you out of school.”

The Fetullahists were furious when they saw me praying openly, and they scared a few students who prayed even on the days of Kandil, saying, “Don't follow this person, he will be expelled from school very soon.” As a matter of fact, I had never seen anyone other than a Libyan student prayer until my senior year. So, they kept it very secret.

How strange; I had no friends at the military school. We were already in conflict with the communists. Fetullahists made all religious students afraid of me. I was not talking to anybody but a few reckless students.

My most important friend during my student years were the stars in the Heybeliada breakwater. The pine scent coming from Büyükada and the beautiful view of the Marmara Sea were enough for me. I would take a walk on the breakwater between lectures and especially during rest periods, trying to rest my soul. I was very tired because I had fights with some students.

When we passed the fourth grade at the Naval Academy, we moved to the new building in Tuzla. I was a senior student and still was not expelled from school, contrary to what the Fetullahists claim. The school administration worked very little with me that year, probably because of the rush to move, and finally I graduated from the Naval Academy with my dear mother's prayers.

I thought I would be a little more comfortable when I became an officer. But no! I had the saddest year of my life in 1987. Six students I love as much as my dear were expelled from school the year that they came to senior year at the end of 8 years. Unimaginable heavy sanctions were imposed on military school students who were thrown out by the force of the Putschist Kenan Evren.

I was working as a Fire Control Officer in the Assault Boat Fleet in Istanbul. Before long, I was asked to go to the Naval Academy. All the bad things happened here. I have faced questions and arguments that I will never forget for my whole life. If you wish, I will share the details in my next article. That’s it...

More in this category: « I did not see, I did not hear, I do not know; a New Constitution!? A Strategic Overview of the Sahel Region »
Login to post comments
back to top