Badr will never Come Back, Lions of Badr too! 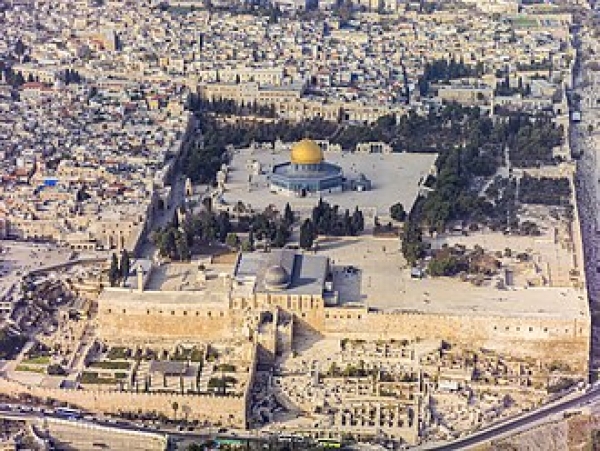 Since coming to power in 2003, President Erdoğan has endeavored to produce policies that will enable us to live peacefully in society domestically.

He avoided as much as possible from a polarizing understanding of society, as previous governments did.

He did not refrain from giving positive energy to his environment in this direction.

He was not resentful of what was done to him for a poem he read.

He did not target those who said he could not even be a neighborhood representative.

He tried to be straight as ordered and tried to carry the heavy weight on his shoulders without fear.

He is not limited only in his country. He did not forget ummah. He was determined to abolish the hostile policies with his neighbors until now.

He had assigned Davutoğlu to Foreign Affairs with full authority, who is helping to shackle the future of our country with his "Gelecek Party". Zero problems were a motto in his period.

The entries and exits that started with Syria with ID cards had given hope to the ummah again.

But it did not last long. They did not let it. Those who shared the region in the World War I would not let their colonies to go away.

They could not leave their black gold and hydrocarbon there at all costs, at the cost of millions of deaths.

As a matter of fact, it happened as we expected. They had so-called reconciled Iran and Iraq, which they fought for eight years. Of course, it was a joke. They hanged Saddam, who they let him in occupy Kuwait, and used Iran in the Middle East with their intellectual expansion.

Thus, the zero problem, which shone as a ray of hope, suddenly emerged as a collection of problems.

Of course, the same gang of five were the leader. And their allies was the cherry on top. Struggling with domestic political conflicts, Erdoğan also met with the cold side of foreign policy.

He did not give up and he was not afraid. He was the grandson of Conqueror, who took the ships from the land to the Golden Horn. He was aware that he was obliged to follow in the footsteps of his grandfathers who opened and closed the ages.

We listened from his own words; “I spent my youth reading the life of my grandfather Abdul Hamid II”. So much so that for 33 years, he kept these lands under his rule without even giving an inch of land. He had prepared thousands of plans to confront the imperialist states between themselves.

His duration of reign was not enough. He was betrayed. While he was dethroned, the perpetrators were obvious; "A traitor, a Jew, an Armenian and an Albanian"

This time he stepped in Syria without fear and discouragement. Euphrates Shield, Olive Branch and now Peace Spring.

Well, then? So, what is next? There is Israel at the border, but primarily Idlib. While the blood of our soldiers who were martyred by the Idlib attack was on the ground, he was screaming to the whole world like an oath.

A new era has begun in Syria. These lands were not taken without paying the price and watered with blood so that they could be defended without blood.

The ummah is waiting for the army of saviors. Why should this army not be the Turkish Army? Among all the nations and commanders who struggled to conquer Istanbul, who was the exact conqueror?

“Doomsday will not come until Muslims and Jews do not fight. And that army will kill them, only the Gharqad trees will hide the Jews.” Why once again should not we be those Muslims in the hadith?

Is not the Jewish homeland a step beyond of Syria? Idlib have reminded me that.

Erdoğan reminded the moment that this Jewish mentality, which calls Jerusalem the capital city, calling it a new era, will be disappeared once again and forever in history.

Both them and the imperialist world are aware of this. If the Turks stand up, they will have no right to live here.

Now, do you understand why and how we came from zero problem motto to problematic situation. Everyone is playing their last trump card. Also, Turkey will play its last trump card.

But for this time and last time, Istanbul and Jerusalem will be conquered once again.

Think well and decide well. Whose side will you be on? You will not be able to find this opportunity again.

Badr will never come back. Lions of Badr too…

More in this category: « Operation Idlib is about to Start Are you Mankurt? What are You Doing in Syria? »
Login to post comments
back to top