A Classic by Yılmaz Özdil 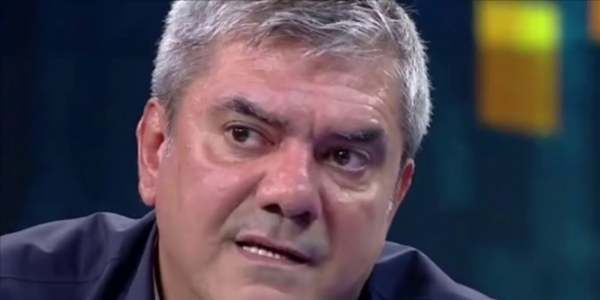 Does he care if it is true or not?

He has readers who believe in what he tells, anyway!

Yılmaz Özdil did it again as usual.

He is the best in misleading.

Is not he telling that Erdoğan must go whatever it takes?

According to Özdil, everyone expresses their thoughts at the point of opposition to Erdoğan.

What made you think it is a coup call?

You can defend the coup plotters and even you can host them in your own house.

Moreover, you can place the beds side by side.

Whoever interfere is inglorious.

But Özdil spewed his grudge again to his land of slanders

He attacked ASSAM and SADAT in order to clear the coup plotters and coup enthusiasts.

He says ASSAM will establish the Islamic States Union,

But he complains about none is conducting an investigation against them.

However, ASSAM does not have any activity like establishing such a state.

He talks about an EU-like cooperation-based union.

The ones who visit ASSAM website would see that;

It does not have any goal on establishing a state with its own flag, capital or a common language.

He refers to a cooperation that is obvious and

Would be accepted by the parliaments of Islamic Countries.

Another false claim is;

And they train in field of unconventional warfare,

They train in field of raid and sabotage.

Honestly, I think there is nothing wrong with that too.

Which are exploited by western imperialists, especially the USA, Britain, France and Germany?

To tell the truth, you are right.

But Özdil says the exact opposite.

His cunningness and intelligence is not in line with righteousness

But he considers the situation in forgery and fake news.

With his news, he implies that they gave this training to terrorist elements and militants.

He is trying to put SADAT on the same side with illegitimate proxy fighters such as Black Water and Wagner.

Thus, he aims to change the agenda of the coup plotters.

I believe Yılmaz Özdil is as patriotic as we are.

That's why I am speaking candidly.

Please stop doing this, it is not good for us and I hope you understand.

How long will we wait for Turkey,

Islamic Countries in its own geography,

Poor Africans in every corner of Africa to be exploited by Imperialists?

What is wrong with establishing our own economic civilization,

Cooperatively in our civilization geography?

Even if Erdoğan builds

We know that you will not consider him appropriate.

But at least in order to be against Erdoğan politically,

Do not criticize these organizations

That help the poor who are oppressed and exploited

In Africa by attacking ASSAM and SADAT with slanders.

Because by doing this you are embracing Imperialism

Which you do not consider as appropriate.

If you are doing this intentionally, it is INFIDELITY,

If you are doing this unaware, it is HEEDLESSNESS,

That is what I can say…

More in this category: « Islamophobia in the shade of Secularism and Democracy İstanbul Sözleşmesi'ne Assam Reddiyesi ve Feshine Destek Beyannamesi »
Login to post comments
back to top