Islamophobia in the shade of Secularism and Democracy 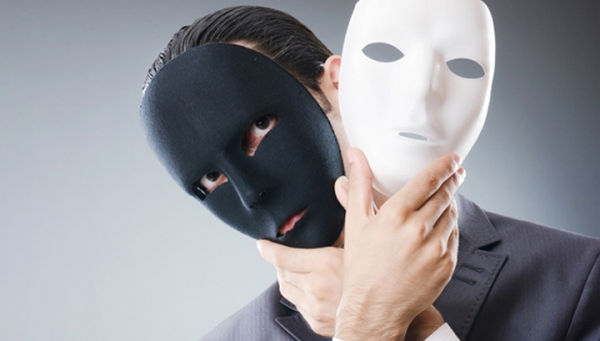 After graduating from the Turkish Military Academy in 1990, a force commander defending modern science in the modern world had published a text called "Who is Atatürk?". At every barracks he went to for inspection purposes, he would ask "Who is Atatürk?” all the personnel, from the rank of private to the battalion commander.

The force commander claims to have brought modernity to Turkey in the light of modern science, he would have inspected it with this question instead of asking about combat techniques.

When we look at Turkish history, you see madrasahs that have trained many scientists who have influenced the world, which we can call universities in today's sense. I'm going to mention the names of a few scientists who grew up in these madrasahs in the near past. If you wish, you can get detailed information about these scientists from our libraries.

The interesting thing is that those who emerged with a new understanding of the state after the republic entered discussions that would distract them from their real understanding of dervish lodges and zawiyah and considered these places as a threat to the modern age and modern science.

Secularism, which was used to mean the separation of religion and state affairs that emerged with the French revolution, was used as a stick against Islamophobia in this sense. Not so long ago, 25 years ago on February 28 process, when those who considered religious officers a threat to the regime discharged religious officers, the evil forces guided by the West and who examined the intricacies of Islam better than we did, managed to sprout FETO members who looked like they are one of us.

Being religious brings to mind the person who strives to be a morally perfect person. While I was in active duty, the most critical tasks and financial planning were always given to me. Because the commanders knew that this religious person would preserve the state property and the rights of the soldiers without prejudice.

Those who did not want religious officers in the process of February 28 in the past, and those who saw the sect and their communities as extremely dangerous and enemies, do not hesitate to show that they have the same opinion at every opportunity nowadays.

Ignoring that FETO is sprouting in the shadow of these hostilities, these stupid people nowadays utter that the robe an admiral wears as a threat to the survival of the state and the Kemalism system.

The members of this group do not hesitate to say that if he went there with civilian clothes, it would be okay. Same superstitious mentality. Those who saw the headscarf as a threat in the past and claim that if the headscarf enters the presidency, the last fortress of the republic, the fortress will be destroyed, they see that their claims are in vain, but they do not hesitate to keep these claims up.

Because they are actually the puppet soldiers of western colonialism, far from being the representative of science and modernity.

Moreover, the interesting thing is that those who stopped these people were supposedly secular and religious people who were hostile to the contemporary Kemalist mentality. Until now, those who used Kemalism as a stick in the head of these people are now fueling religious hostility again through the admiral who prays while wearing religious robe.

The inadequacy of humanitarian laws in preventing crime is hidden in the increasing crime rates day by day. Rumi, Haji Bektash Veli, Hacı Bayram-ı Veli, Yunus Emre and many others who have entered every moment of our modern life today have been generally accepted as the representatives of our moral values.

These scholars are not perfect and faultless. They are important figures who have grown up in these educational institutions that have adopted the religious values of the Ottoman Empire and the moral values of religion.

In short, the discourses of Kemalism, Secularism and Democratic understanding are definitely the veiled justification of Islamophobia. This cannot be an acceptable scientific claim. It is unrealistic that a religion that wants us to avoid even harming an ant is an obstacle to modernity and modernism.

The only thing that is true is the outsourcing domination of some narrow-minded mentalities that do not want the moral society to grow again. However, it is now clear that this will not be in that way.

Turkey in the future will be a Turkey that has established social peace and is united with its religious members. The war with Kemalism, Secularism and the Democratic system can no longer be our war.

I want to tell something to the blessed admiral; Stay strong, this nation is with you…

More in this category: « Are These 104 Retired Admirals Retarded? A Classic by Yılmaz Özdil »
Login to post comments
back to top