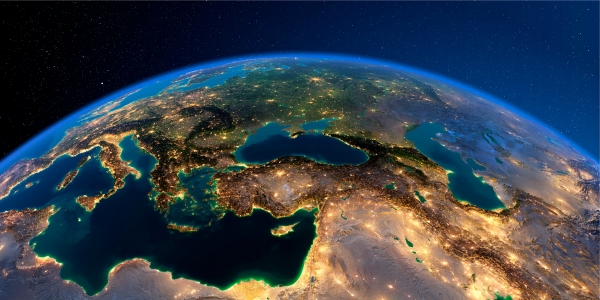 This article you will read constitutes the third and last of our articles titled SADAT Defense and Proxy Wars. Although SADAT Defense is a defense consultancy company, unlike the private military companies of western imperialist countries, it does not create blood and tears in the countries they serve in, and operates the activities as a guarantee of peace and tranquility.

The main purpose is not to have commercial gain but to work for the realization of strategic actions that will ensure peace in these countries where blood of our brothers is shed.

The expected result is to enable them to put forward strategies that will enable them to act jointly and to realize their organizational structure rather than being organized to disrupt the mutual power balance that triggers competition between tribes and clans.

In accordance with the current threat assessments of the countries in the region, the effort to organize their existing armed forces by taking their geopolitical structures into consideration and to ensure that they are equipped with materials, tools and equipment that will provide optimum benefit prominent.

While designing this organization, it is based on the organization structure, which included weapons, ammunition and materials produced in Turkey and Islamic Countries instead of military equipment of western origin.

It analyzes the educational issues that a country needs in order to protect its borders, lands and people against aggressive attempts according to its human resource structure, cultural and moral values, and determines educational priorities.

SADAT Defense; determines the common defense availabilities they will need according to this evaluation and organizes the Armed Forces of countries in accordance with the threat by evaluating the military threat against friendly and allied countries. It examines the war preparedness levels of the Armed Forces of the countries served and produces solutions to eliminate the identified deficiencies.

SADAT Defense provides regular military training and end-user training needed for all units from smallest to the highest level of the Land, Naval and Air Forces of the countries it serves. Consequently; It provides all military training that a state may need such as;

and with this purpose, SADAT works with staff with superior success and service in the Turkish Armed Forces who have completed and retired as officer and non-commissioned officer.

SADAT Defense provides all of these trainings to the official armed forces and law enforcement agencies of friendly and allied Islamic countries, and certainly does not provide individual training.

However, it is not possible to provide individual military training, especially within the borders of the Republic of Turkey, and it is prohibited by law. SADAT Defense is aware of the effect of the Turkey on aid in the eyes of Islamic Countries and closely monitors the sympathy and love of these countries for Turkey. Being aware of this, SADAT Defense cares in order to not to be involved in the slightest illegitimate behavior that may overshadow the legitimacy of our country.

In addition, having economically rich underground and above-ground resources, Turkey and Islamic countries are located in a region that can control world politics and trade in a geographical sense.

For this purpose, those who wish to direct the world politics wanted to control the countries of the region, especially the Eastern Mediterranean, and aimed to benefit unilaterally from the region's wealth. After the First World War, with the collapse of the Ottoman Empire, a power gap occurred and unfortunately they succeeded in achieving these goals.

With the collapse of the Ottoman Empire, 36 countries emerged in these lands at the beginning, but today we see that almost over fifty countries emerged. The victors of the war that designed the post-Ottoman region, brought puppet administrators to the power of the countries they occupied, who would serve in line with their own goals and objectives, and until today they used the rich resources of this region for themselves, and when they had to leave the region they made these countries to conflict with each other. While the countries of the region were in conflict with each other, they bought war equipment from imperialist countries with very high prices with their income from energy resources and they had to pay more to these countries much more than their income from energy resources.

Because of this situation, while the imperialist countries were getting richer, the countries in the region became poorer day by day and had to struggle with poverty.

As far as we have tried to explain so far, SADAT Defense carries out activities that will be an effective competitor for the future against imperialist countries. Seeing this situation as a threat to their existence, the blood-sucking monsters say that SADAT Defense is carrying out illegal and unlawful activities in order to eliminate SADAT Defense through the parties from domestic and international and do their best to narrow SADAT Defense’s area of operation.

While it is possible to understand the behavior of imperialist monsters, I really have a hard time to understand the purpose and intention of our internal defenders. It is not understandable that these people, who see themselves as intellectuals, philosopher, journalists and scientists, do not notice these games played in our region.

These people either unwittingly help imperialism or knowingly and willfully take part in it just for ideological purposes. In both cases, I let these people be evaluated by you, my esteemed readers.

I would like to give another example to explain that SADAT Defense is a domestic and national company which is struggling on the way to Turkey's transformation from a regional power to a global power. At the point we have reached today, giant organizations such as TAI, HAVELSAN, ROKETSAN, MKEK and ASELSAN, which constitute the pillar of the Turkish Defense Industry, market the weapons, tools, equipment and ammunition they produce to friendly and allied countries and add strength to their defense forces. Now if someone came out and said, “Turkey supports terrorist elements with the weapons and ammunition they produce through these companies”...

Would such a claim be unsupported and irrational, right? You would only laugh away this claim. These claims made for SADAT Defense consist of quite baseless, irrational and deliberate claims.

Dear readers, have you heard that while the PKK, which has carried out terrorist acts in our country so far, has used US and Russian weapons, in Syria the USA has given thousands of trucks with full of guns to the PKK/YPG, while western countries that have given weapons to Haftar in Libya and Russia have been exposed, those who target SADAT Defense have made any single mention?

Let alone speak against these countries, on the contrary, they become one with these countries by acting with the forces that want to realize July 15th. Those who lack to foresee the future, cannot discover regional strategies and do not realize the conjuncture that Turkey is targeting for the future of the region will not be able to prevent SADAT Defense.

SADAT Defense will continue to take steps successfully and effectively to carry out the mission it has undertaken without paying attention to these unsupported claims and jactitation.