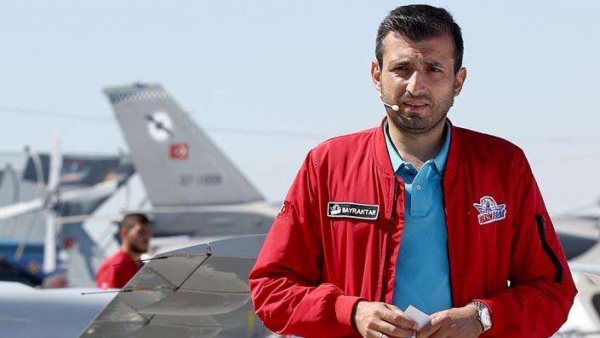 Selçuk Bayraktar, an idealist young man, probably did not think he would change his world war strategies with the remote-controlled vehicles he built in his workshop in Güneşli district in Istanbul. However, Armed Unmanned Aerial Vehicles (AUAVs) developed by Bayraktar et al. have changed all patterns.

Such that; As we have seen in the last example of the operation to rescue Karabakh from the Armenians, AUAVs play cat and mouse. Bayraktar TB-2s, an example of these state-of-the-art monster AUAVs, which the Armenian soldiers were terrified of when they saw it, TB-2s do not forgive any enemy soldier.

AUAVs have no mercy and attack with infrared devices on them with greater courage than the most fearless soldier in the world. Armored vehicles that Armenian soldiers entered turned into an iron coffin. Because the guided bullets produced by Roketsan, which has an armor piercing feature, destroy both themselves and the enemy soldiers with the kamikaze attack.

Developing new war strategies against such a disproportionate situation has been the primary duty of every army. Because time has changed, a brand-new form of warfare has emerged in which autonomous vehicles are on the scene. There is no human against the soldiers. There are war machine AUAVs that are not afraid of death. There is an obligation to develop new methods to fight against them beyond courage.

570 years ago, the Shahi cannons made by Fatih Sultan Mehmet Han had similar feelings to the enemy soldiers. The Byzantine soldiers, who thought that they would protect themselves by hiding behind the walls as the Shahi cannons thundered, felt the horrible breath of death on their back. The huge walls of Istanbul, which were thought to be impenetrable, were surpassed by these Shahi cannons.

Another weapon developed by Fatih Sultan Mehmet Han was mortars. These cannons destroy the rest of the walls with the lob shots. It was more devastating than Byzantine's Firedamp.

After all, Sultan Mehmet the Conqueror had his name written in a new era by passing the walls that were called impenetrable with these war instruments he developed. At the same time, this great soldier trained by the Turks was praised and honored by the Prophet (pbuh).

He said the following for the Byzantine state and capital Istanbul, which came to the region called Mute to eliminate Islam by gathering a large army; “Constantinople will definitely be conquered one day. How happy is that commander and how happy is his men”.

Centuries later, another Turkish young man, like his grandfather Fatih, produced such painful weapons that; it was actually proving that a new age had come. Baykar, one of the distinguished institutions of the Turkish private sector, has made history in Syria, Iraq, Libya and Karabakh with Bayraktar TB-2 AUAVs and continues to make new ones.

Russia, one of the biggest weapon producers in the world, simply admires this dreadful weapon. While the air defense systems they developed against aircrafts are desperate, the recording and showing of their destruction with cameras has a separate destructive effect.

The Russian media is increasingly blaming Putin for lagging far behind in the AUAV technology. Because AUAVs are such a dreadful weapon that they are not afraid of death at all. The psychological impact on the military is enormous. Statements in the news in the Western media, describing the horror of the Armenian soldiers, show that there is a very important break in the art of war.

Armored vehicles, tanks, warships and all kinds of war vehicles now have almost no effect against AUAVs. Soon we will begin to see worse than AUAVs in the sky. Offensive Unmanned Aerial Vehicles (OUAVs), which are an advanced version of AUAVs, are much more terrifying. Because they rise up to 55 thousand feet, rise above the Stratosphere layer and escape the radar range. However, they can easily hit all kinds of war vehicles such as warships and tanks with the guided bullets.

Let's explain this with an example and we will mention the rest of the article on our next article.

Think of the battlefield like a boxing arena. There is a boxer; he has very long arms and very strong fists. Although the other boxer also hits a strong punch but his arms are short so he cannot deliver any punch to opponent. He is constantly punched and eventually knocked out and loses the match.

OUAVs are an advantageous weapon such as this boxer, which neutralizes the enemy vehicle at any time thanks to the guided bullets that it has, before the enemy weapons become a threat to him. In addition, it can carry more than a ton of explosives.

It should not be forgotten that there are many talented young people like Selçuk Bayraktar in this cherished homeland. From now on we must give up the useless heroic speeches that resemble the worship ceremonies of Hindus and focus on the works that will pave the way for these young people. Thank Allah we have people and private sector organizations like Selçuk Bayraktar who will be role models, that’s it…