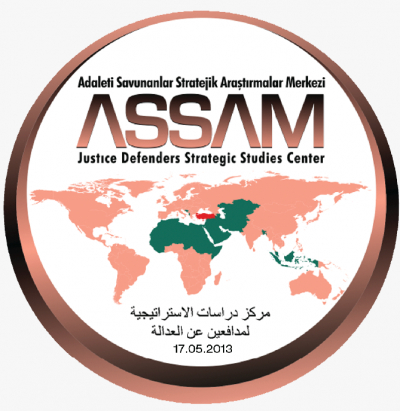 Not only in Turkey! But the world is united for four young people. The courtyard of Fatih Mosque witnessed a caravan of martyrs, where hundreds of people from all walks of life, from every community, from every society and from every institution came together.

When we heard about this tragic accident, we as a whole ummah were saddened. Every member of the ummah burst into tears.

In this sense, we went to the IHH Humanitarian Relief Foundation, the common meeting point of our four young people, to express our condolences. Although days passed, we witnessed that IHH Central Office hosted dozens of guests.

IHH Vice President Mr. Hüseyin Oruç greeted us and invited us to the guest room, and after a short condolence, we had a little consultation about the accident. While we were in consultation, the Board of Directors of the Deniz Feneri Association came with the chairman, Mr. Mehmet Cengiz.

While talking about the devoted and sincere services of the young ones, I realized that not only Turkey but also the countries in our civilization were sensitive to the accident after their death, I suddenly remembered a hadith that I had heard from Nureddin Yıldız Hodja for the first time.

While Christianity was active in a town before prophethood, an old magician living in the palace of the pharaoh trains a young man whose intelligence he realizes in order to raise a magician who will take his place after his death.

While going to these trainings, this young man meets a priest and receives training from that priest in secret from the palace and believes in Allah. When the magician realizes this, he has the priest killed and wants the young man to be thrown into the open sea by putting him on the ship in order to be killed.

The young says “O Lord of the Priest, only you can help me”. The wave comes and the ship sinks, but the young ship clings to its parts and manages to come ashore.

Then he goes straight to the palace. When Pharaoh saw the young man, he asked how he survived. The young tells everything. This time, he sends the young man to a high mountain with a military detachment and orders him to be killed there.

When he climbs the mountain, the young man does the same prayer. And there was an earthquake and everyone dies but the young. The young man returns to the palace again. When the pharaoh was astonished, he said to the young pharaoh, “If you want to kill me, take me to a high hill and invite all the people of the city to watch. With the help of the bow and arrow I will give you, say ‘in the name of the Lord of this young man’ and shoot me. Then you can kill me.”

Pharaoh gathers all the people of the city. Ties the young man to a mast. And he shoots the arrow at the young man, saying, “In the name of the Lord of this young man.” The young man was martyred right there.

A mother who has given birth hesitates by the fire with her baby in her arms. The child says, “Do not be afraid mom, jump in, it's a rosary from heaven”. Then mother jumps in.

The service that this young man did upon his death, the contribution he made to the salvation of the faith of five thousand people, was accomplished not while he was alive, but through his death.

The deaths of these four IHH volunteer brothers, as a kind of martyrdom, helped millions of Muslims to be one heart, to come together by making them forget the difference in thought, service and understanding of Islam, and to meet shoulder to shoulder in the funeral prayer in the same courtyard.

Is not it a sign that our young people's race to do good is accepted by their Lord when the civil society representatives of many other Islamic countries express that the martyrdom of these young people is an inspiration to their own youth?

Especially during the visit, in a part of the note that Tarık Kesekçi's mother Beyhan Kesekçi wrote in our brother's diary in July 2019, “My Tarık, you know, you are my diamond... My only goal was to raise a child for the Ummah. My longing was a religious generation. Your success is not for my own desire, you know. I dedicated you to the Ummah…”

Our mother Hanne dedicating her baby boy to the church and dedicating his daughter Mary to the church, even though the baby born is a girl; This is exactly what it was like when the King of Yemen, Tubba Assad, left the throne and came to today's Medina 700 years before the prophetic process, built the first house and allocated a room to the last prophet.

If you are looking for a religious generation. If you want to raise people like Musab Bin Umair, you must be our mother Hanne and King Tubba Assad. Because they exist, Jesus Christ (pbuh) was born from our mother Mary. Eba Eyyub El Ansari (ra) collapsed at the camel gate because he was King Tubba Esad.

How blessed those parents are, the young Musab Bin Umairs, around whom the ummah is entwined and who reach martyrdom with a smile on the path of goodness.

They were aware of this. They greeted their martyrdom standing upright, full of Faith. Muratcan Kaya's word has fulfilled itself. “I promise I will fill the courtyard of Fatih Mosque one day.” His words fulfilled itself.

And thousands of sons and offspring of our nation were sent off towards Allah. They have now become parents to the ummah...

I take this opportunity to offer my condolences to the whole ummah for the martyrdom of the lives of those who devoted themselves to the ummah.

More in this category: « Metin Gürcan and the Truth Behind Him How Should Be the Commander and the Leadership? »
Login to post comments
back to top