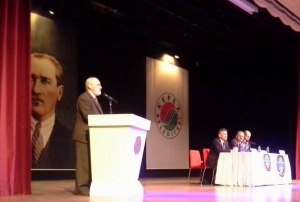 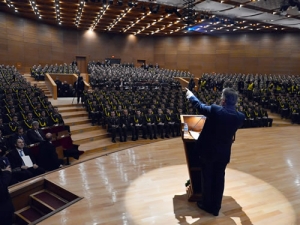 Abdullah GÜL
President of the Republic

On Friday, August 22, 2014, it was reported on the Republic of Turkey Presidency Corporate Website that the Defense Reform Working Group has completed its report.[1]

Defense Reform is of serious importance in terms of Turkey's efforts to become a regional and global power with its 2023 goals. In this context, it is important to make technological reforms in weapons and command control systems, as well as structural reforms in the Ministry of National Defense and Turkish Armed Forces. The integration of defense systems into NATO defense systems should not mean NATO dependency. In accordance with the principle of full independence, unique defense systems should be produced and command and control systems should be designed to be integrated into different pacts when necessary. Therefore, the modernization work being carried out in Turkish Armed Forces currently and the need for reform of the defense systems of the Turkish Armed Forces should not be confused with each other. Otherwise, we will continue to stand by the events happening in our borders in the Middle East for a longer time and remain tied to form permanent solutions that will not only send humanitarian aid but prevent bloodshed. 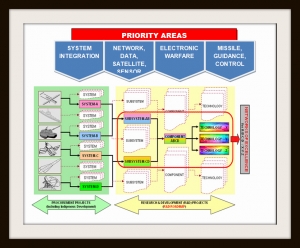 The Islamic world does not have a common defense system. Defense systems on a country basis are configured, trained and equipped by about seventy companies based in Europe and the USA. Therefore, Islamic countries do not have defense strategies, industries and institutions based on domestic and self-resources. Is it conceivable that a defense system organized by European and US companies, which is entirely under the technical control of these companies, is independent of the political, sociological and military strategies of Europe and the United States? 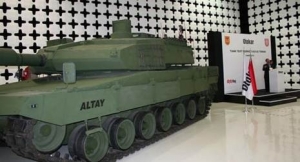 The importance of national defense industries on the local tank Production.

Defense industries are, in fact, one of the leading indicators of state independence. It is possible that some countries can deceive their people by playing the role of independence in several areas, but in their first disagreement with their neighbors, it will be clear how independent they are. Our country had experienced this very closely during the 1974 Cyprus Operation. On the other hand, the question asked by every person with conscience and did not bear the Israeli terrorism today against the Palestinians and said, A billion and a half Muslims; if they spat at Israel sank, why cannot do anything?" The truth of the answer to your question lies in the fact that "countries with Muslim peoples are not independent in their defense industries and the manufacturer of weapons determines the definitions of friends and enemies in their weapons systems"; does not it?

The national defense industries projects, which were formed in early years of the establishment of the Republic in 1945, were terminated with American support and just as suits to invisible hands that do not want to implement such projects. After the 74 movement, a new enthusiasm arose but it could not very successful.

In this study, we aim to project on the deep and dangerous policy that has been implemented on the firing control systems and Tank Command Control Communication Information System, which is the heart of the tank, and highlight our national defense industry through the ALTAY tank, which is being developed with the National Facilities Tank Production Project (MİTÜP).

For reports about the importance of national defense industries through the local tank industry, click here.