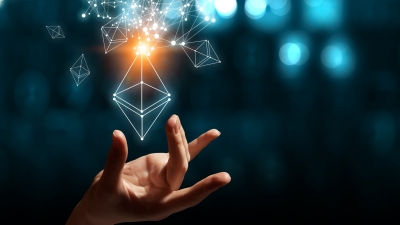 "It is clear that Islamic insurance will strengthen the social and cultural solidarity actions between Islamic countries and the political and economic cooperation between them."

It is accepted that the insurance is very old. However, as insurance has gone through changes, it has become one of the defining features of the industrial and intellectual Renaissance in our age. Islamic insurance, on the other hand, is a good alternative to several financial transactions based on unfair practices in commercial transactions and includes useful and comprehensive features. Here, we will try to explain how this works and the opportunities it contains for the Islamic economic system.

What is Islamic Insurance? What Are the Main Differences Than Traditional Insurance Methods?

This system, which is called Islamic insurance or Takaful insurance, can be defined as a financial tool used to compensate the losses that may arise as a result of the realization of risks like traditional insurance methods [1] but there are fundamental differences between them in terms of practice and theory. If we want to summarize these differences, it is the importance of risk sharing in accordance with certain religious rules in Islamic insurance and the principles of the management of Islamic economics investments and funds, and it usually consists of the following principles [2]:

Takaful means "solidarity" in Arabic. Solidarity is interpreted as acting together [3]. The first Takaful insurance companies were established in Sudan in 1979 under the name The Islamic Insurance Co. And many changes have been made on Takaful companies in time [4].

It was discussed whether the insurance, which emerged in Western countries, is permissible in terms of Islamic law, and the opinion that classical insurance is generally haram has emerged. On the other hand, Takaful, which is the social security system of Islamic culture, is compatible with Islamic law. 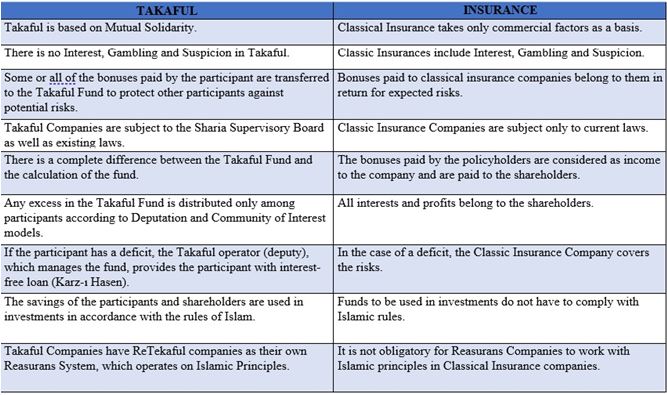 How Does Islamic Insurance Work and What Are Its Basic Principles?

As we explained above, this type of insurance, known as the Takaful insurance system, is expressed as mutual assistance or mutual insurance by contemporary Islamic scholars. This means that people's support to each other and mutual solidarity are the main factors in Takaful insurance.

The basic principles of the Takaful Insurance System are as follows [5]:

Thus, a system of assurance has been established that has spread all over the world and become multinational.

Islamic insurance provides predictability and safety in economic and social life for both individuals and institutions; it provides the opportunity to live, work and create new jobs without fear of the future risks.

At the same time, as Islamic insurance has long-term qualities and is of great importance in fund accumulation, it also contributes to the development of savings and fund formation.

While the advantages of Islamic insurance appear in local life, they also appear in the international arena. For example, insurance transactions exceed borders in some cases, and can provide convenience in financial transactions of individuals and companies in many countries.

Currently, Islamic insurance companies and the people and companies that benefit from it are increasing. In addition, according to recent data, the Islamic insurance sector has shown that it has an annual growth potential of 8.4% internationally and it is thought that it will be the first choice of Islamic countries in the future[6].

As we have seen in this article, although there is similarity in the reason for the emergence of both Islamic insurance and conventional insurance, its concepts and instruments differ fundamentally and clearly. Islamic insurance is based on Islamic law and rejects all financial transactions classified as illegal in Islam.

As we have seen before, Islamic scholars stated that it is not permissible in the financial transactions of traditional insurance, based on the Qur'an and sunnah, since it may include transactions prohibited in Islam such as gharar (fraudulent sales), usury and gambling, and consensus has been established on this issue. It is also known that when risks do not materialize, profit goes to one side and there is a losing party in these financial transactions, which indicates that there is no participation element in traditional insurance [7].

As a result, to clarify the legitimacy of Takaful insurance, to explain the foundations on which it is legitimated and the sharia controls that govern it. Emphasizing the main differences between conventional insurance and putting this issue before the priorities of Islamic insurance companies. In addition, it is our personal and social duty to spread the awareness of this uncertainty by using all media and publications in a rational, scientific and innovative way.

Last modified on Thursday, 19 November 2020 09:46
Published in Genel Ekonomi
Login to post comments
back to top