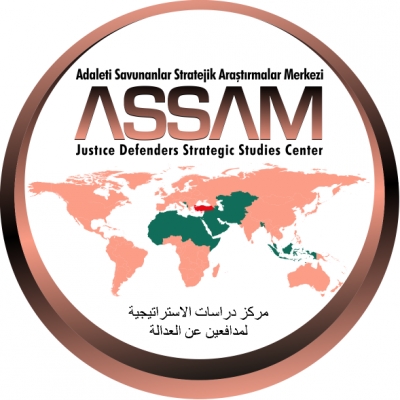 PURPOSE OF FOUNDATION AND OBJECTIVE OF "ASSAM"

Empires broke up at the beginning of the last century. The nations within the empires were organized by the winners of the First World War, as guided statists. Dependent states were sentenced to totalitarian regimes, although they thought they were free. Dictators were guarded and supported by guardian states.

Between the two world wars, the developed states of the west were ruled mostly by fascist dictators, and the Soviets and their affiliates by communist dictators.

After the Second World War, while the democratic systems were settled in the western states, taking the USA and the United Kingdom as an example, Communism was adopted as the management system in Russia and its dependents.

The West formed the NATO block against America, under the leadership of America, and the Soviet Union led by Russia, and the Warsaw Pact against raging capitalism.

The West formed the NATO bloc against America, under the leadership of America, and the Soviet Union led by Russia, and the Warsaw Pact against raging capitalism.

The past hundred years have passed through the exploitation of countries that have not achieved their full independence as a result of clashing the two superpowers and the ideologies they represent, by promoting, developing and promoting the Armed Force.

After the Second World War, the League of Nations (10 January 1920: 18 April 1946); was revised and reorganized by the winners of war and the United Nations (UN) Agency was established on 24 October 1945.

Although its purpose is shown as "internationally ensuring justice and security, economic development and social equality", it is the winner of World War II and permanent members of the UN Security Council (USA, UK, France, Russia, China)) It functioned as an established agency for especially to protect their interests in Islamic geography.

After World War II, Israel, which was placed in Palestine as the outpost of the 27th Crusade, was supported by the Christian World's eyes, ears and fists in the geography where it entered the heart of the Islamic Geography like a dagger, and was protected by all organizations under the control of the West, including the UN. It was intended to be forgotten that this small State was the origin of the West, with intense psychological action, showing the rule of the world as if it was under the control of Zionism and giving an intimidation to the Islamic World.

At the end of the century, the Soviet Union, trying to keep Afghanistan under occupation, broke up and the socialist ideology collapsed.

At the beginning of this century, the unrivaled USA and NATO took over the world gendarmerie and occupied Afghanistan and Iraq with the mission of "Clash of Civilizations" under the pretext of bringing freedom. Since the actual occupations cost a lot, it declared the world a new scenario under the name of the "Great Middle East Project", and sent the Islamic world to social, political and economic turmoil and instability, starting from Tunisia, Egypt, Libya, Yemen and Syria. Russia, which has recovered, and China, which has strengthened its economy, have taken a more active role in the sovereignty fields left over them in the Islamic World, and in the alliance with the West behind the scenes, they have made the way to gain political and economic interest from the blood and tears shed by Islamic Countries.

The Muslim States member of the United Nations, whose number is sixty, have  the geographical location of the world, sea and air transport, with the important geostrategic values ​​that dominate the center of the three continents, rich underground and aboveground resources and the supreme spiritual values ​​that it represents,  they could not reach the power they deserved by alliance because of  not able to get rid of the West's guidance and since they could not bring their national governments in spite of. When he could not have a common will, and he was a fan of his execution, he waited for the international community to take action to get rid of all the misfortunes and persecutions, such as the prisoner whose resources and possibilities were plundered.

Turkey, together with the establishment of the Republic, to reach the level of developed nations, thinking that it was impossible to change society without causing socio-cultural revolution; He saw the Islamic Religion, Islamic values ​​and the civilization he represented as a threat, turned his face to the west by turning Western civilization as the ultimate goal to be reached, turned his back to the Islamic States and Muslim Nations and became alienated to the Islamic world. For a century, the government of the country, acting under Western guidance, doubted the Islamic States, was shown to the nation like this and always viewed these states with a threat perception. This view led to the formation of two diametrically opposed wills in the State (bureaucratic and political wills) and their constant conflict, the State's destruction his power on the Nation. The Armed Forces, which kept political will in tutelage and controlled bureaucratic authority, offended the state to the state because of the reaction syndrome. It also made the question of the Kurdish People's commitment to the State because of its secular nationalist attitude that it wanted to destroy religious values ​​in the glue state of unity.

Turkey's leadership for the unity of Islamic countries, Turkey also to be able to lead the Islamic Countries, National Will the State is bound to make it dominant over all institutions, has been a real acceptance of Turkish intellectuals trained with Islamic culture.

Thanks to the political stability achieved in the last decade, as a result of the struggle with the wrong official ideology, taking the values ​​of the nation behind, our country has solved its internal problems to a large extent, at least regionally felt its power arising from the unity and regained its reputation by correcting its perspective on the Islamic World.

There are tough days in front of Islamic countries, which are on the way to overthrow authoritarian governments and choose democracy. Young democracies who will struggle with the need for corruption, poverty and justice should not be pushed into the lap of the West again in order to solve their huge problems. They need solidarity and the right guidance. There is a need for economic cooperation and support, foreign policy guidance, defense against co-exploiters, alternative justice systems against welfare and security of their own countries and third states, and joint will to manage them and the world in peace and justice.

Ultimately, the prosperity of the Muslim Nations, the establishment of peace and justice in the world, is dependent on the rise of Islamic Countries to the World political scene as a superpower.