Industry and Technology Cooperation Potentials Examination and Research Board

Economic Relations Examination and Research Board with non-Islamic Countries 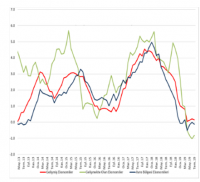 "It is clear that Islamic insurance will strengthen the social and cultural solidarity actions between Islamic countries and the political and economic cooperation between them."

ASRICA, for Libya and Regional Stability

After the Ottoman Empire, the last Islamic State that was destroyed after the World War I, bloodshed and tears did not cease in the Middle East and Africa.

The victors of war occupied the emerging statelets one by one and exploited all their underground and aboveground resources.

In order for the power and political power not to pass to other states, the UN established a union under the name of “United Nations”. They turned the economic gains to their advantage by forming a bipolar world under the name of NATO and the Warsaw Pact.

The seminar on “Islamic countries in the Middle East and colonial order” was held in the Conference Hall of Kayseri Miraç Cultural Center on April 13, 2017 within the framework of ASSAM seminars. His presentation was followed with interest by the conference of industrial engineer Mehmet Atilla Bey. 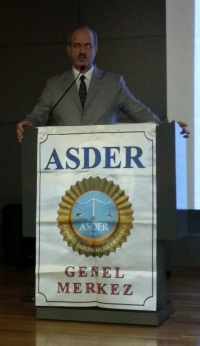 The seminar on "Economic Integration (EU example) "Under The Main Topic" Procedures and Principles of Economic Cooperation Applied in the World " was held by Prof. Dr. Mehmet ZELKA at Uskudar University on Wednesday, October 15, 2014.

The seminar presentation file is below.