Situation in the Islamic World

A video posted on social media in mid-June appeared on news websites:

In Netherlands, a 15-year-old boy brutally beat a schoolgirl of the same age in the street.

Rotterdam Police Spokesperson Tinet De Jong, who made a statement on the reactions of public, said that young people sometimes get involved in such acts of violence to show off each other. Noting that after the beating video was published on Facebook, the citizens reported the identity and address of the beating male to them, De Jong thanked the sensitive citizens.*

I know you felt a pang of sorrow in your heart for the girl when you watched the video. If the same thing happens to your child or wife on the street, it would be hard not to go crazy because of this murder, right?

In fact, the situation in the Islamic world after the Ottoman Empire was destroyed is much worse than the girl who was beaten while walking in the park in Netherlands. Muslim blood flows everywhere, from Asia to Europe, from Africa to the Middle East
Read more...
Sunday, 04 May 2014 00:00 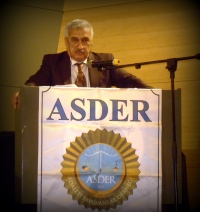 The text and video of the presentation on “State, Democracy and Women in Christianity, Islam and Secularism” presented by Researcher Writer Hüseyin DAYI at the ASSAM Seminar on “Provisions Shedding Light on the Procedures and Principles of Governance in the State, Caliphate and Sultanate According to Islamic Fiqh” is below.

STATE, DEMOCRACY AND WOMEN IN CHRISTIANITY, ISLAM AND SECULARISM

Distinguished participants, I respectfully greet you all.

The two distinguished speakers before me, in the course of their subjects, also explained to a great extent the issues that I will deal with according to the program, such as “council, vote, allegiance, merit, justice” and therefore “the formation of the common will in the Islamic State and its main fields of duty”. In a sense, that’s better for me. Because both of them explained those issues with full knowledge. In this case, it would be more appropriate for me to try to make an analysis based on the deficiencies that the speakers saw in our way of thinking, rather than the presentation I prepared beforehand.

One of the speakers, dear teacher Mehmet Erdoğan, complained about the existence of a cold attitude towards democracy and the activity of women in the socio-political field among religious people. Those legitimate grievances show that we need to deal with those issues more carefully. If an Islamic state were just a practice of the past, we might not need to focus our attention too much. However, as Noah Feldman, one of the Western thinkers, has stated, the desire for an “Islamic State” is getting stronger among Muslims all over the world. In fact, in this situation, which everyone observes, as a requirement of today's state, not only theologians but also scientists from all fields need to work with a multidisciplinary approach. Now, due to the necessity of a great deal of processing of the position, I will try to present the attitudes of Islamic, Christian and Western secular civilizations towards the state, democracy and the activity of women in politics by making a change. 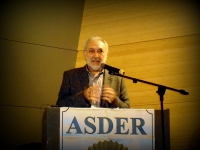 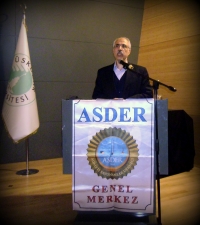