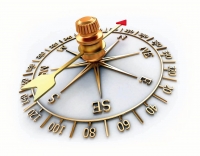 International Law and Agreements Examination and Research Board

A Sociological Study On The Restructuring Of Afghanistan

The lands of Afghanistan became a graveyard for the superpowers of the world, Britain, the Soviet Union and the USA. The Taliban forces currently in power have succeeded in expelling US soldiers from their country, just as they expelled Britain 102 years ago and Soviet soldiers 32 years ago.

The term “CENTRAL ASIA” is used to refer to the inland of the ASIAN Continent, far from the oceans. The fact that the region is closed to the international seas is its main feature. Central Asia is also the homeland of the Turkic peoples.

Afghanistan, which is defined as the heart of Asia, has a surface area of 650,000 square kilometers. It is a terrestrial, mountainous country and it has no coastline. The nearest sea is the Oman sea, 480 km south. The climate is divided into two regions as south and north. These two regions are separated by the Hindu Kush mountains. The northern region is generally very cold and very snowy, while the southern region is generally warm.

Graveyard of Superpower and Mazar-i-Sharif

The lands of Afghanistan became a graveyard for the two superpowers of the world, the Soviet Union and the USA. The Taliban forces currently in power have succeeded in expelling US soldiers from their country, just as they expelled Soviet soldiers 32 years ago.

Can the Long-Waited Peace for Twenty Years Come to Afghanistan?

Using the Twin Towers attacks of September 11, 2001 as an excuse, the USA launched an operation against Al-Qaeda, which it held responsible for these attacks, and carried the cross-border of US war to Afghanistan. The September 11 attacks became the milestone of the global terror struggle. “US President George W. Bush, in his “address to the nation” (CNN, 2001b) speech on September 15, 2001, four days after the attacks, said, “We are at war, there is a war waged by terrorists against America, and we will respond to it. We will find out who did these things and we will bring them to justice by pulling them out of their hideouts.” (BBC, 2011)[i]

Moscow is Uncomfortable with the Shusha Declaration!

Turkey and Azerbaijan signed a declaration in the city of Shusha to increase cooperation in the military field. According to this declaration, Turkey and Azerbaijan have agreed to cooperate in the field of defense industry. In addition, our President had indicated that "a Turkish military 'base' will be established in Azerbaijan". Regarding the possibility of Turkey establishing a base in Azerbaijan, Kremlin Spokesperson Dmitry Peskov said “As we approach the deployment of military structures by NATO alliance countries near our borders, it may require us to take steps to protect our security and interests.”

Should Religious People Be Afraid of Modernity? (September 17, 2013)

“Islam has the vitality and potential to surpass modernity. As long as we do not fall into oblivion to be caught by the wind of globalization instead of envisioning and building. For this, it is inevitable for the Muslim world to develop an alternative way, a methodology, a project. "

If modernity were a renewal of consciousness and if it contained human moral values; Of course, we would not have objected to the thesis “It is not right to place religiosity and modernity on two opposite poles”. The phenomenon of modernity is basically based on the philosophy of individualism and autonomous reason. Autonomous reason implies that the thinking capacity of human beings reconstructs social, economic and cultural areas according to their own comprehension. In Islamic literature, reason is a thinking ability that separates man from animal and makes him the supreme being in the world.

The increasing discontent with Turkey in the recent period is the pain of regaining our place in the past and the transition from organic structure to mechanical structure. This is the disturbance against Prime Minister Erdoğan. 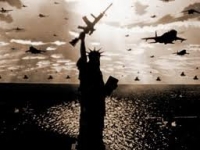 “Geostrategic players are states that have the will and capacity to use power and influence beyond their own borders to change the current geopolitical situation.”(The Grand Chessboard Z. K. Brzezinski) With its effective foreign policy, Turkey is taking decisive steps towards becoming an effective player that manages the pieces of chess, rather than being a chess piece in the game, both in terms of civilization and geography where it is located, and in the global arena.