Can the Long-Waited Peace for Twenty Years Come to Afghanistan? 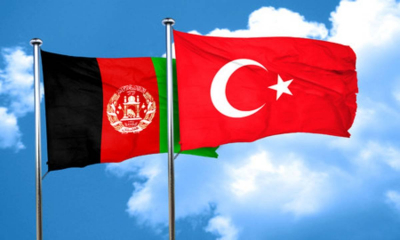 Using the Twin Towers attacks of September 11, 2001 as an excuse, the USA launched an operation against Al-Qaeda, which it held responsible for these attacks, and carried the cross-border of US war to Afghanistan. The September 11 attacks became the milestone of the global terror struggle. “US President George W. Bush, in his “address to the nation” (CNN, 2001b) speech on September 15, 2001, four days after the attacks, said, “We are at war, there is a war waged by terrorists against America, and we will respond to it. We will find out who did these things and we will bring them to justice by pulling them out of their hideouts.” (BBC, 2011)[i]

But it was never like that. There were no terrorists identified or brought to justice. On the contrary, it started the struggle, which it should have done in coordination with the State of Afghanistan, as an invasion by invading the region and bombarding it without targeting enemy units.

Al-Qaeda, led by Osama Bin Laden, was suddenly declared an Islamist Terrorist Organization, considering the U.S. invasion of Iraq not to actually be an intervention against Saddam Hussein or Iraq, but an attack against Islam.

After all, al-Qaeda's main field of struggle was formed against the 1979 Soviet Union's intervention in Afghanistan.

The USA recently announced that it will leave the region on September 11, 2021. We would not be wrong if we state that the USA left an Afghanistan in turmoil instead of leaving an Afghanistan that is supposedly free of terrorism, with its actions since then.

The policies followed led to conflicts between local tribes and groups and confrontation between the government and the military structures in the field, in a way that realized US interests. The USA almost used Afghanistan as a counterbalance to Russia and China.

Turkey, which has been recognized by Islamic Countries and its peoples for its contributions to peace in Syria, Libya especially after its strategy and international policy in Nagorno-Karabakh region, has taken another step towards becoming a global power and has officially informed NATO and the United States that it wants to undertake the protection of the international airport in Afghanistan, where the United States will withdraw.

Turkey, which has not taken part in any negative operation against the armed groups in Afghanistan and the Afghan people in the region within NATO, currently carries out its guard duty at the International Hamid Karzai Airport in the Capital Kabul.

It is very important to meet this demand of Turkey, which has been involved in the strategies created by the USA and NATO so far. Because the continuation of such a task will contribute to the awareness of the role that Turkey will follow in contributing to peace, of coexistence constructively and without divisiveness.

The Turkish military, which has gained the sympathy of the Afghan people over the past two decades, will act as a unifying catalyzer in the region, not a divider. It is clear until now that the solution of the internal issues and problems between the Islamic Countries will not be realized by western countries, but by a commission or mediation of Muslim and similar countries.

This is exactly what happened in Syria, Libya, Nagorno-Karabakh, which we have just mentioned. It is obvious that Turkey will use the environment of peace and tranquility that the Western so-called apostles of democracy could not bring to the country as a core and will do so this time in Afghanistan, with the role of Hamid Karzai Airport, where it will be officially involved in international diplomacy.

Moreover, it will contribute greatly to the common strategy determination of Afghanistan, Bangladesh, Iran and Pakistan, which are included in the Near East Regional Islamic Federation proposed within the ASRICA Confederation of Islamic Countries, which is mentioned in the ASSAM envision.

Thus, with the turmoil created in Afghanistan, it will be possible for Pakistan, especially Afghanistan, to have a strong economy and strategic cooperation against the USA, Russia, India and China, which they use as a counterbalance to each other.

Yes, of course, it is not possible to describe the situation in Afghanistan briefly. However, it is a fact that after NATO, led by the USA, and these invading states leave the region, peace and tranquility will definitely come. However, the only necessary and sufficient condition for this to happen will definitely be the continuation of Turkey's presence in Afghanistan in terms of military power.

Turkey has always been the guarantor of peace and tranquility in our civilization geography, not only for Muslim peoples, but also for non-Muslim peoples.

In this way, Islamic Countries will have the opportunity to solve their internal issues and problems between themselves, without relying on the West for help, and through the commissions they will form among themselves.

I hope that a new and strong Turkey in every field will have opportunities to contribute to our unity in our civilization geography. The most important task for this is to be aware of the fact that we, as Turkish politics, emphasize the necessity of such international diplomacy in unison.

More in this category: « Moscow is Uncomfortable with the Shusha Declaration! Graveyard of Superpower and Mazar-i-Sharif »
Login to post comments
back to top