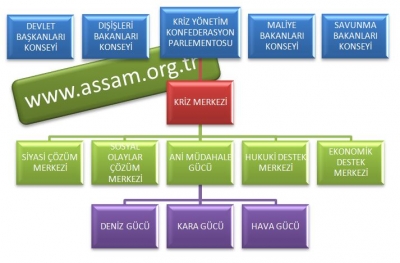 In three days, on the other hand, it was announced that 130,000 Kurdish refugees fleeing ISIS attacks had entered Turkey from 8 separate places on the Turkish border in the ISIS-controlled Kurdish region of Kobani (Mursitpinar / Opposite of Suruc).

ISIS has directed its attacks on Syrian Kurdish villages linked to the PYD (Democratic Union Party), which is under its control on the Turkish-Syrian border between Carchemish and Ceylanpinar.

ISIS has added a new dimension to the turmoil, bloodshed and brutality that already exists in Syria and Iraq since the beginning of June 2014. Regime opponents rather than regime forces in Syria; In Iraq, attacks turned to Kurds, Turkmens and Yezidis after the initial attack on the so-called Central State.

The fact that it targets the opponents of the regime rather than the regime forces in Syria and Iraq, considering the logistical support provided and the targets they attack, shows that ISIS has state support and their operations are directed by trained military academic staff.

While the USA, which is the reason for the destabilization in Iraq, did not take any action for the Syrian people, who were subjected to the oppression by the regime, the action plan against ISIS in the third month of its activity is also a thought-provoking initiative.

Is ISIS the problem? Or is it the unstable political environments that lead organizations like ISIS to come to life?

This unimaginable persecution and anarchy have prevailed in Iraq, Libya and Yemen for years. The Islamic World cannot heal its bleeding wounds, and it relies on countries with explicit and implicit incentives for a solution to deepen the wound day by day.

Islamic Countries should not wait for the initiatives of the USA, the United Nations or international organizations other than the Islamic Countries to explore opportunities for joint action by combining their individual interests in Muslim countries where political-social-economic-military crises prevail.

The Islamic World is in urgent need for a new organization that will work independently of the United Nations and certain power centers to help to restore stability in Islamic countries where internal security, foreign security, economic, social and political crises prevail.

There is a need for a different power than the Islamic Cooperation Organization (OIC), which has operational capabilities and powers, and is formed by States that commit to comply with its rules and contribute, and have the characteristics of being an Islamic Country.

Its name can be “Islamic Countries Crisis Management Confederation”.

It must consist of voluntary states which meet the criteria.

States should be able to participate and bind to this organization through agreements.

There should be a permanent working parliament formed by the representatives of the member countries, which will ensure that the decisions are taken and implemented. Parliament should serve the purposes of its establishment by the will of the member states. When necessary, parties in crisis regions should be represented in parliament according to their application.

A crisis center should be established which is dependent on the parliament and accountable.

Within the crisis center, there should be operation centers that can manage military, political, legal, economic and social operations separately.

It should also have a military power that acts under the control of the crisis center and is formed with the contributions of the member states.

Activity center should be determined by the Parliament, taking into account the proposals of the crisis zones and member countries, and it should be changed when necessary.

Confederation's approach to the parties of crises should be constructive, peaceful, equitable, fully respectful to human rights and freedoms, unifying, protecting the social culture, helpful and, when necessary, coercive.

If the Islamic World could have such a Confederation, Egypt, Tunisia, Libya, Yemen and Syria could have been turned into a fair form of government without the Revolutions, without the occupation of Iraq by the USA, without these countries being in turmoil and being destroyed.

We still have time.

Instead of the “Anti-Terrorism Meeting” held in Jeddah, “Crisis Intervention Meeting in Islamic Countries” could be held without the need for the United States, with the participation of Saudi Arabia, Turkey, Egypt, Iraq, Jordan, Lebanon, Qatar, Kuwait, Bahrain, United Arab Emirates and Oman.

Other Muslim Countries could have attended this meeting. In this meeting, the foundations of the "Crisis Management Confederation" could have been laid.

It could have also started its work from Syria.

With interventions from a center with the facilities of the countries that will join the Confederation, the regime and the opposition in Syria could be brought together in a mid-point without destroying each other.

A fair administration could be established in their own autonomous regions, by preserving the social culture and belief, by granting full equal rights and freedoms, and by an acceptable general election.

With the solution of the Syrian crisis, a remarkable example could be presented to the whole Islamic World and the West, which made the problems inextricable by exploiting them.

This would be a MUSLIM solution that would ensure the happiness of the Syrian people and allow all immigrants and refugees to return to their homeland and rebuild their country.

It will be possible for peace to prevail not only in the Islamic world but also all over the world with the realization of the “CONFEDERATION of ISLAMIC COUNTRIES”. 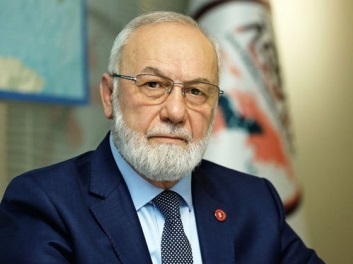 He was born on 08 November 1944 in Akşehir district of Konya. He finished primary, secondary and high school in Akşehir. After his secondary education, he worked as a substitute teacher in primary school for one year in the 1962-1963 academic year. He studied at Istanbul University, Faculty of Science, Department of Zoology for a year in the 1963-1964 academic year.

He started studying the Military Academy in 1964. On 30 August 1966; He graduated from the Military Academy with a excellent degree as an Artillery Officer. In 1967, he finished the Artillery and Missile School Officer Basic Training in second. He was assigned as Second Lieutenant in March 1967. In the same year he married Mrs. Füsun.

He served respectively in 23rd Infantry Brigade 8th Artillery Battalion (Istanbul), the 10th Infantry Division Artillery Regiment (Tatvan), the 58th Private Artillery Training Brigade Headquarters Company and the 1st Artillery Battalion Battery Commands (Burdur). On 30 August 1970, he was promoted to First Lieutenant, on 30 August 1973 he was promoted to the rank of Captain. He served as the Reserve Officer Company Commandant in the Artillery and Missile School Trainings Regiment Reserve Officer Battalion.

He studied at the Military Academy between 1976-1978 and gained the status of Staff Officer in 1978. He graduated from the Armed Forces Academy in 1980. As Staff Officer; He served in Intelligence Branch Directorate and Deputy Chief of Staff in the 2nd Infantry Division Command (Adapazarı); Military Academy Faculty Member; Deputy Chief of Staff at the General Staff Special Warfare Department, Logistics and Operations Branch Directorates.

He served as the Head of the Civil Defense Organization of the Turkish Republic of Northern Cyprus between 1986-1988 and as an Officer Member and Deputy Head of the 1st Division in the 1st and 2nd Departments of the Supreme Military Administrative Court between 1988-1990.

In 1990, he was appointed to the 8th Corps Artillery Regiment Command (Malazgirt). While he was in this post, he was promoted to Brigadier General on 30 August 1992.

After serving in the 2nd Armored Brigade Command (Kartal) for three years between 1992-1995 and as the Head of the Land Forces Surgeon General Office between 1995-1996, he was transferred to retirement on August 30, 1996.

After his retirement, he worked as the General Coordinator of Üsküdar FM Radio as an honorary for a year between 1997-1998. He took part in the Board of Directors of İhlâs Marmara Evleri Mosque Construction and Aid Association on 30 May 2004. Between 28 November 2004 - 22 November 2009, he was the President of the Association of Justice Defenders (ASDER).

As Honorary President of ASDER, Consultancy on the Organization and strategic use of the Armed Forces of the Muslim Countries, from the end-user level to the educator level, He established SADAT International Defense Consulting Construction Industry and Trade Inc. on February 28, 2012 to provide training and warfare, supply, maintenance and repair services of weapons and vehicles. He established the "Justice Defenders Strategic Research Center Association" (ASSAM) on May 24, 2013, for the services of examining the technical principles of the unification of Islamic countries around a will and creating the appropriate conditions for the foundation of Islamic Union. He established "Yunus International Outdoor Sports Association and Sea Sports Club" (YUSDER) on 19 January 2013 in order to maintain and improve the conditions of retired military personnel, YUSDER serves within the body of SADAT Inc.

He served as the Presidency Chief Advisor between August 2016 and March 2020.

He is married and has two children. He can speak French.

More in this category: Construction and Restoration of New Turkey »
Login to post comments
back to top