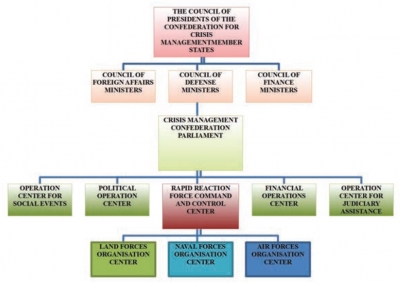 GEOPOLITICAL POWER OF THE ISLAMIC WORLD

The Islamic soil-ignoring the borders between the countries- is positioned at the heart of Asian, European, and African continents, known as the World archipelago. It holds the control of Gibraltar, Bab-el-Mendeb, Gallipoli and Istanbul straits as well as the Suez Canal, the gateways to the biggest inland sea Mediterranean, Red Sea, and Black Sea. It has shores on the Atlantic, Indian Ocean, Mediterranean, Black Sea, and Caspian Sea. It neighbors Asian, European and African continents as well as the European Union, Russia, India, and China – the super powers of the world. Furthermore, it shares sea borders with the United States of America. It holds the opportunity to become a matchless hub of land, air and sea transportation routes. It owns 55.5% of oil reserves and 45.6% of oil production as well as 64.1% of natural gas reserves and 33%1 of natural gas production.

With its geopolitical position, common civilization values and historical background, the Islamic soil possesses a potential to become the super power of the world in the future.

The countries that make up the Islamic world, despite their true potential, are face to face with incomparable interventions. The Islamic states engage with the United Nations more than any country, and yet they are all troubled by terror and anarchy. Their resources are governed by foreign powers. Human rights and freedoms are frequently violated. Income distribution is askew in these countries. They are troubled by political, social, and financial instabilities. They expect and are in true need of assistance and support from external powers to solve their internal problems.

The 21st century started with the execution of an “Asymmetric War”, which included the blatant use of insidious, dirty, traitorous, and immoral ways whereby the executers could easily conceal themselves. Today, the Imperialist Global Powers use the ethnic and sectarian differences that exist within Islamic states, and organize them around provocation and through the traitors within their ranks. They train, equip and arm these groups, and provoke them to fight each other. They implant a dirty and insidious ASYMMETRIC THIRD WORLD WAR in the lands of Islam.

The winners of World War II and permanent members of the United Nations Security Council; USA, Britain, France, Russia, and China have shaped the UN to secure their own national interests and their own governance over the world. Therefore, it is beyond negligence to expect the UN to solve the problems in the Islamic world in a fair and just way for the Muslim nations.

It is evident that the Geneva Talks for Syrian peace in fact aim to coerce the parties to accept the new map of Syria, drawn by international actors.

This cruel anarchy beyond comprehension has been dominating Afghanistan, Syria, Iraq, Egypt, Libya, Somali, and Yemen for years. Islamic world cannot heal these wounds; furthermore, for solution, it depends on the very countries that expressly or secretly contribute to the aggravation of the wound.

THE KEY FOR PEACE IN THE ISLAMIC WORLD IS TO UNITE

60 Islamic States can eliminate the current chaos, obtain the power that they deserve, and install global peace only if they unite under a single will.

There is a pressing need to conduct a scientific study of the history of Islam, the fair governance models of our age, shared practices of different civilizations, judicial systems as well as international principles and practices that secure basic human rights and freedoms in order to define the institutions necessary to unite the Islamic states under a single will, and to write the legislation for the establishment and harmonious working of these institutions.

SYRIAN ARMY INITIATIVES SHOULD BE INSTITUTIONALISED AGAINST SYRIAN CRISIS

In a conference held in Saudi Arabian capital Riyadh in December 2015, 37 Islamic states decided to engage in “Strategic Cooperation against Common Threats.” In the meetings that followed, the alliance tried to set a cooperation framework. In early March 2016, a modern military force of 200,000 soldiers, composed of military troops of 22 countries, practiced a three-week drill in the Hafar El-Batin region of Saudi Arabia.

This initiative, which has excited Islamic world and scared the imperialist global powers, should be institutionalized to secure its continuity. This should be the first step for an Islamic unity.

Islamic States should unite their individual interests for those Muslim nations troubled by political, social, economic and military crises, and should not wait for the USA, UN or non-Muslim international institutions to take initiatives in order to investigate the opportunities for joint action.

In order to bring back stability to the Islamic states, which are troubled by crises of both internal and external security -- as well as economic, social and political crises -- the Islamic world urgently needs a new organization free from the United Nations and other power groups.

There is a need for a new power to be formed by the countries which qualify as Muslim States, and which agrees to obey by the rules and to contribute accordingly. Unlike the Organization of Islamic Cooperation, this new power should have operational strength and authority.

Its name could be “Confederation of Islamic States for Crisis Management”.

It should consist of voluntary states that meet the criteria.

States should join and become part of this organization under an agreement.

It should have a parliament, which is composed of representatives of member states, which works fulltime and ensures the decisions that address present objectives are taken and duly implemented. The parliament should serve for realizing the foundational objectives in line with the common will of member states. Where necessary, the parties in the crisis zones, should be able to get representation at the parliament upon application.

A crisis center, which is bound to and which responds to the parliament, should be formed.

Within the crisis center, there should be independent operation centers to manage military, political, judicial, economical and social operations.

There should also be a military force that operates under the control of the crisis center. This military force should be formed with the contributions of member states.

Action center should be defined by the parliament, taking into account the crisis zones and suggestions by member states, and should be open to change when necessary.

A Proposition for The Confederation of Islamic States for Crisis Management

The Councils of Presidents, Defense Ministers, Foreign Affairs Ministers, and Finance Ministers of member states should meet at regular intervals to direct the actions and respond to the needs of the Confederation Parliament and Rapid Reaction Force Command and Control Center.

The Confederation’s response to the parties of crisis should be constructive, peace-oriented, righteous, fully cognizant of basic human rights and freedoms, unifying, protective of social texture, assistive, yet coercive where necessary.

If the Islamic World had such a Confederation, a just administration could have been installed in Egypt, Tunisia, Libya, Yemen and Syria before the revolutions took place, before chaos took over, or before Iraq was occupied by US forces.

It is not too late.

The Riyadh conferences and the decisions taken to solve the Syrian Conflict should have continuity.

Not only in Islamic world, but also peace in the world is possible through the establishment of a “Confederation of Islamic States” united under a single will.

The Organization of Islamic Cooperation (OIC) should become more active.

A “Confederation of Islamic States” should be formed with a permanent “Islamic States Parliament”, which represents the common will of 60 Islamic States and whose authority, means, power, and structure should be defined by laws and regulations.

While the Confederation of Islamic States works on the procedures and principles related to the legislation, security (internal and external) and common foreign policy, which are the states’ main areas of duty, “Regional Islamic States Parliaments” should be formed, where the common will of ethnically and geographically close Islamic states is represented.

Islamic States can form the following bodies with respect to their geopolitical and racial connections; 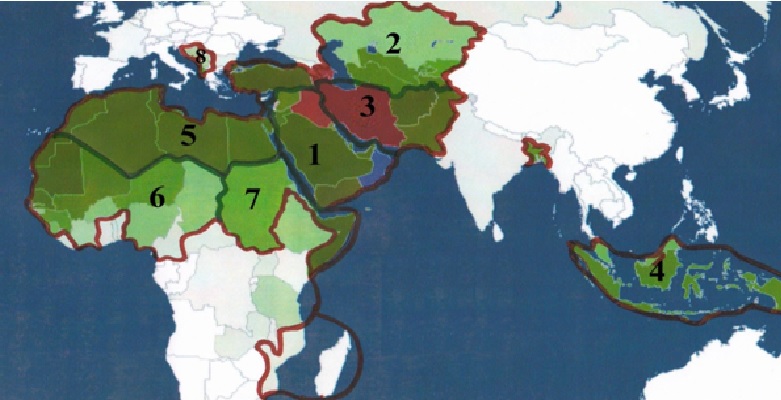 These countries should sign nonaggression pacts, and then draw Defense Alliance Pacts.

The central administration of “Regional Islamic Confederations” should be empowered and turned into federations, whereby each one of them should be tied to the “Islamic States Union” as a Confederate Union.

“Executive bodies” bound to the parliaments should be formed;

“Justice Boards” and “Rapid Reaction Forces” to implement the decisions taken by these Boards should be formed under the control of central and regional executive bodies’;

A common organization should be formed to ensure “Public Security and Internal Security”;

“Economic collaboration” should be ensured;

An independent “judicial system” that consists of “Human Rights Courts” and “Criminal Courts” should be formed for the Confederation of Islamic States and Regional Federations of Islamic States.

If we adopt this vision, we can actively prevent all the interventions directed at Muslim nations today. 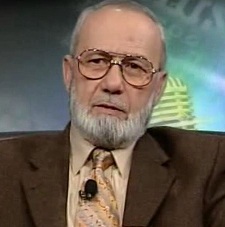 More in this category: Declaration of Second International ASSAM Islamic Union Congress »
Login to post comments
back to top