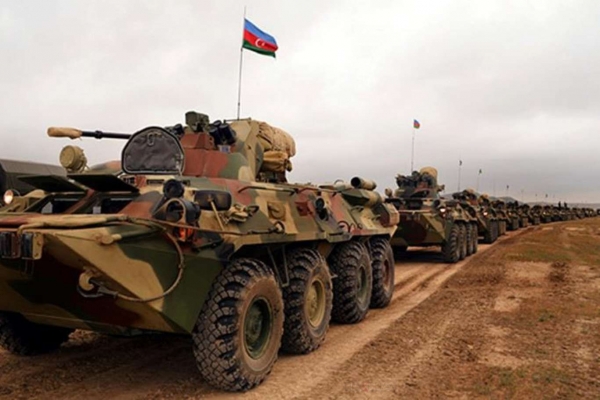 Azerbaijan saved 13 villages more from the Armenian occupation in Jabrayil. President Ilham Aliyev added that the Armenian army publicly violated the temporary humanitarian ceasefire on October 18 and fired heavy artillery at the settlements and positions of Azerbaijani citizens, in a statement on Twitter on Monday. The Azerbaijani Ministry of Defense announced on Sunday that the Armenian armed forces did not comply with the new ceasefire agreement, which entered into force Saturday at midnight. In the statement, it was added that Armenian forces fired mortars and artillery at liberated villages near the city of Jabrayil and on the banks of the River Aras. The ministry also emphasized that they did not have any loss of military personnel and that their units took adequate retaliatory measures.

At least 13 civilians, including four women and three children, were killed and about 50 wounded on Friday night when Armenian missiles hit the Azerbaijani city of Ganja. Azerbaijan Office of the Chief Prosecutor reported that there were 20 women and five children among the wounded, and two children were missing. More than 20 houses were destroyed during the attack. It was the second deadliest attack by Armenia in less than a week on Ganja, a civilian area and far from the front line. By bombing Ganja, despite the strategy of Armenia to get the right to demand international support, they forced Azerbaijan to respond Armenia and hit Armenia's legal lands. Azerbaijan has been patient in this process.

Last modified on Tuesday, 26 January 2021 12:09
Tweet
Published in News From The Islamic World
More in this category: « Kyrgyz Leader Seeks Solution To Coup Attempt Family Rights Agreement Instead Of Istanbul Convention »
Login to post comments
back to top