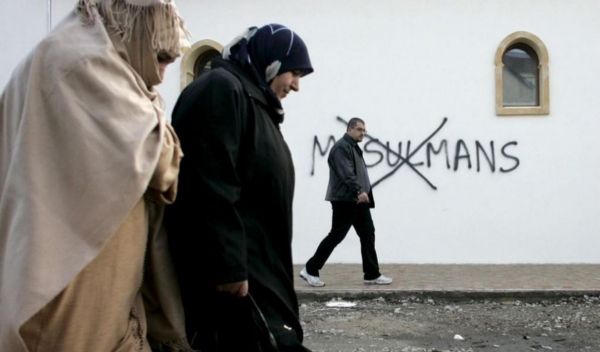 France's President Emmanuel Macron last Friday outlined proposals for how to challenge what he called “Islamist separatism” in a divisive speech to the public. “Islam is a religion that is in crisis all over the world today, we don't just see it in our country,” Macron said in a nearly two-hour speech in the northwestern Paris suburb of Les Mureaux.

Muslims in France responded to the attack with anger. Many saw the speech about preserving the ideal of French secularism as an attempt to turn to the far right. Macron's party's latest proposal, which will be formally introduced as a bill in December, extends the 1905 law that formally separates religion from the state. It will, among other things, allow the state to monitor international funds coming to French mosques, limit homeschooling to prevent Muslim schools from being run by what Macron calls “extremist religious” and create a special certification program for French imams. In short, non-state-approved Muslims will be banned.

The French Union of Muslim Democrats political party has called the law a real target, as there is a direct link between Islamism and terrorism and radicalisation. Muslims fear the consequences could be an increase in Islamophobia across the country. The French Interior Ministry recorded 154 cases of Islamophobia in 2019, an increase of 54 percent compared to 2019. The Collective Against Islamophobia (CCIF) in France, which uses a different calculation method, said it had recorded about 2,000 cases of Islamophobia in the same year. In response to Macron's speech, 100 prominent French Muslims signed an open letter urging the government to stop stigmatizing Muslims, especially women and working-class Muslims. Last month, a member of Macron's La Republique en Marche (LREM) party left the parliamentary session over the presence of a veiled student. Headscarves have been banned in French government offices for allegedly contravening the country's secular values. France is the country where the highest proportion of Muslims live in Europe, as well as the country where native Christian people reach the most guidance and return to Islam.

Last modified on Tuesday, 10 November 2020 11:42
Tweet
Published in News From The Islamic World
More in this category: « Sri Lanka Constitutional Amendment Threatens Muslims African Mercenaries Set Up Israeli Base In Yemen »
Login to post comments
back to top