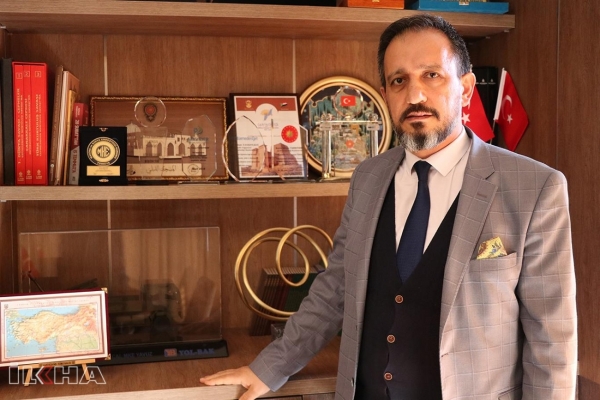 Retired Colonel Ersan Ergür, Vice President of ASSAM, noted that Turkey showed that Turkey is a play maker with the Idlib agreement, noting that domestic defense systems had a big impact on this.

After 33 soldiers were killed after an attack on Turkish Armed Forces units in Idlib on February 27th, Turkey responded to regime forces with its air operations. After the developments, an intense telephone diplomacy was carried out with the leaders of many countries. Following the developments, Russia and Turkey signed a memorandum of understanding in Moscow.

Retired Colonel Ersan Ergür, Vice President of the Justice Defenders Strategic Studies Center (ASSAM), who made evaluations to the ILKHA reporter about the process in Idlib and the agreement signed with Russia; "With this agreement, Turkey has shown both the Turkish domestic public and the world that it can win at the table and diplomacy with superpowers such as the United States and Russia."

"The attack in Idlib has caused Turkey to renew its strategy"

As Ergür said, Turkey's reason for being in Idlib is to ensure border security, to clean up terrorist elements, and with it to ensure a safe zone where Syrian people can live in an environment of peace and tranquility as soon as possible. "The fact that Turkey is there has no direct relationship with the territorial integrity of Syria and reveals an operation that respects this. The regime attacks in Idlib, which began on February 3rd and peaked on February 27th with 33 martyrs, both saddened the people of Turkey and led to a re-formation related to the Strategy of the Republic of Turkey in Syria."

Ergür stated that the demand of Russia and regime forces to remove the observation points of Turkey is actually to dominate the region on the grounds that the opponents in Idlib attacked Russian soldiers and regime forces, "The main goal here was the Astana and Sochi process in Idlib and the 12 observation points established by Turkey to move a little further than Idlib and the regime elements to dominate the center of Idlib in an area starting from Seraqip and including Al-Nayrab. Turkey could never accept it. Because about 4 million Syrians live in Idlib. 1.5 million of them had begun to migrate to Hatay, the region where the 'Operation Olive Branch' took place. This country already hosts nearly 4 million Syrians. Turkey has spent more than $40 million. It was not possible for Turkey to resist a new wave of migration. It was necessary to stop the attacks of regime elements by taking a measure to do so. Moreover, the regime elements were dropping bombs on the innocent people in Idlib, not the terrorist elements. Its purpose was for the people to leave the region and migrate and Syrian citizens who support the regime elements to come there. Therefore, Turkey has not changed its strategy there and has made efforts to have the observation points actively serve there."

"Until the attack on February 27, Turkey patiently waited for the attacks to be stopped. But the attack, which resulted in 33 martyrs, was the point that tried Turkey’s patience” Ergür continued his speech as follows:

If Turkey had withdrawn its observation points from Idlib as demanded by Russia and regime forces, the process after that was the area that Russia and regime forces that dominated Idlib would have demanded in the future, the 'Euphrates Shield', 'Olive Branch' and 'Peace Spring' operation was carried out. After February 27, Russia closed its airspace to Turkey, a move that broke the trust of regime elements. It was thought that Turkey, which could not enter the airspace, could not act in that region as it wanted. However, Turkey has made a move that amazes Russia, regime forces and the world. The targets belonging to the regime forces were hit and destroyed by using the AUAVs actively. 3 Air Defense Systems which has S-300 and more than 100 tanks are destroyed. Therefore, this operation also played a role in determining the steps that should be taken diplomatically regarding the path Turkey should take in Idlib from now on. In this regard, Turkey has made a great success with its national and domestic defense systems and conducted an operation that would teach a lot to world.

Ergür emphasized that Turkey's advantages in the field reflected positively as a result of the meeting with Putin in Russia on March 5th following the developments.

Within the framework of Turkey's meeting in Moscow, Astana and Sochi continued their observation points without compromising the process. It has also achieved a gain in taking steps as soon as possible to ensure the political stability of Syria to act in line with the UN resolution 2254. Thus, both the observation points stood in the same place and a consensus was reached that allowed the regime elements to leave the place that threatened the observation points. The first of the three articles here was the cease-fire since 6 March. The second was the creation of a safe zone 6 meters south and north of the M4 Highway. It was decided that the safe zone patrol of both countries would be done together. So, this also means the following. The joint Russian-Turkish patrol revealed that the Seraqip region seized by the opposition from the regime would remain with the opposition again, while security in this region would be provided by patrols of Turkey and Russia.

"Turkey had the role of play maker with this agreement"

"Turkey will respond to regime elements by exercising its right of self-defense in the face of any regime attack," President Erdoğan said after the meeting. Ergür reminded that his statement is very important, "This statement shows that Turkey has an advantage. From this point of view, the success achieved in Moscow is Turkey's 'Operation Peace Spring, after the agreement with the United States and a superpower like Russia in the Idlib process, Russia and the regime insistently said, 'pull out your observation points.’ It is a diplomatic success for Turkey to maintain its observation points and to oblige Russia to sign such an agreement. With this agreement, Turkey has shown both turkey's domestic public and the world that it can win at the table and in diplomacy with super powers such as the United States and Russia. In this respect, it hints that Turkey will have an active role in the future, both in terms of ensuring political stability in Syria and in its intervention in political instability and civil wars in Islamic countries rather than Syria. This agreement indicated that Turkey would continue its ancient ties with the Islamic geography with the historical ties from the past as active and in our favor."

"Turkey is no longer a country in turmoil"

Ergür said that the agreement was also a message for the Turkish public and finally said:

"Both by showing them that PKK-PYD terrorist elements cannot be accommodated beyond our borders, and by showing them that politics is now prevented in Turkey with rhetoric that would endanger the security of the country, and with the Idlib attack, the people of Turkey did not create confusion after the 33 martyrs, but on the contrary, the opposition expected imperialist forces to be put on the streets, and the people could unite against attacks that could come from outside countries. Turkey is now a country that is far from a climate of turmoil, it has also shown that the people cannot be hostile to each other and that Turkey is not like the countries of Tunisia, Libya, Egypt." (İLKHA)

www.ilka.com
More in this category: « Are you Mankurt? What are You Doing in Syria? Reference to ASSAM from Bernard Lewis' Book Named “Middle East” »
Login to post comments
back to top