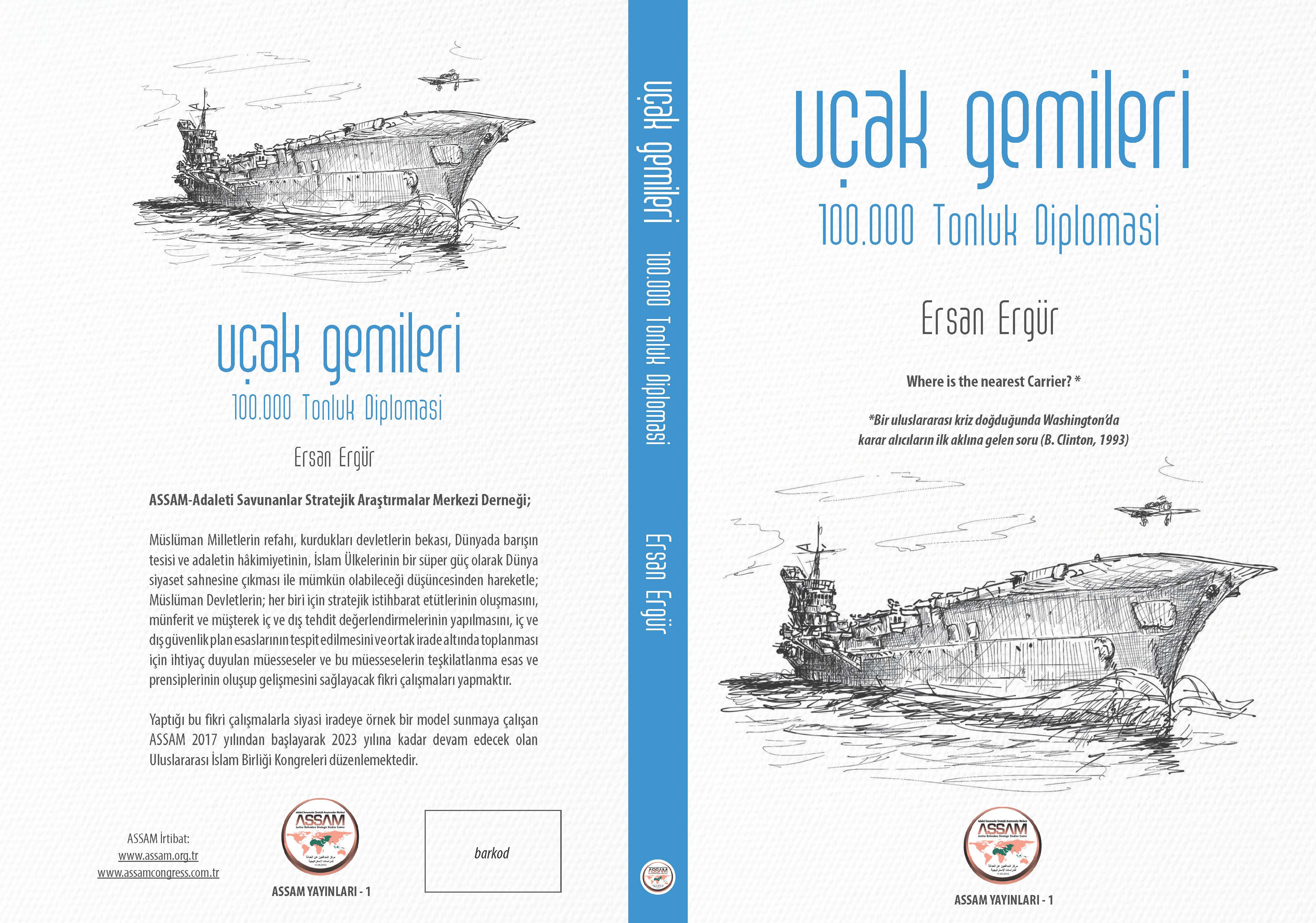 Scientists who specialized in Geopolitics, International Relations and Military fields have put forward GEOPOLITICAL THEORIES in order to rule the world.

The world; British Political Geographer Halford John Mackinder (1861-1947), who classified the Asia-Europe-Africa Continents as the World Island and the America-Australia-Antarctic Continents outside the World Island as the satellites of the World Island, HEARTLAND; He also described the geography surrounding the Heartland, extending from the Balkans to China, as the RIMLAND.

US International Relations expert Prof. Dr. Nicholas John Spykman (1843-1943), adhering to the Theory of Land Sovereignty, highlighted the RIMLAND THEORY surrounding the Heartland and stated that the World Island, which dominates the Rimland, and whoever dominates the World Island will dominate the world.

The historical SILK ROAD, which enabled the establishment and development of the communication and commercial relations between Asia and Europe, also had a great effect on the development of Theories of Land Sovereignty.

In the evaluation made by ASSAM (Association of Justice Defenders Strategic Research Center); Controlling the Straits of Gibraltar, Bab-el-Mandeb, Dardanelles and Istanbul Strait and the Suez Canal, which are the entrance gates of the Mediterranean, Red Sea and Black Sea, which is the largest inland sea in the world; Having coasts to Atlantic Ocean, Indian Ocean, Mediterranean, Black Sea, Red Sea and Caspian Sea; Having the opportunity to be the center of the world with no alternative for land, air and sea transportation routes; Having 55.5% of the world's oil reserves, 45.6% of its production, 64.1% of natural gas reserves, 33% of its production; It covers the Central Asia-Near East-North Africa-Africa Sahel Belt-East and West Africa Regions of the Asia-Africa (ASRICA) Continents; ISLAMIC GEOGRAPHY, which is an expanded form of Rimland Geography where there are over 55 of 61 Islamic Countries (27 in Asia, 28 in Africa); Geopolitical position, common civilization values ​​and historical background are seen to have the potential to be the RULER OF THE WORLD if it is gathered under one will by combining its possibilities, efforts and goals.

The US Aviator Colonel Hausy Scitaklian added a new dimension to the domination theories by asserting that the realization of all theories is possible with the provision of air sovereignty; This theory, supported by NASA (US-National Aeronautics and Space Administration), has evolved into WHO RULES SPACE RULES THE WORLD.

For their security, countries must establish a defense system that will detect threats that will be directed at them beyond their borders and eliminate them at their basis. Countries that do not identify defense concepts enter into a defense organization that waits at their borders so that the threat will come and stand at the gates.

States; In addition to the land forces, the naval forces struggle for sovereignty over the world by being strong in the land, sea, air and space with the air force consisting of tactical and strategic fighter jets, helicopters, missiles, electronic warfare vehicles and cyber security systems deployed on land and sea air platforms and they meet their security needs.

Countries can have the opportunity to transport their combatants to any region of the world without the need for a land base with aircraft carriers operating with atomic energy, warships that protect them and amphibious ships carrying land forces.

I congratulate Mr. Ersan Ergür, who brought this work, in which the technical, tactical and strategic development and technical features of fighter jets and ships are evaluated in the historical process, into the history of the naval and air force, I wish that the Book of "Aircraft Carriers" will be beneficial.

International relations are carried out according to the rules stipulated by the realist paradigm, and that the strong get what they want by gaining superiority; We are in a world where power is military and economic power. Those who are strong, who can rapidly dispatch and use their power when necessary, and those who maintain it can intervene in crises in order to protect their interests, can play a role in solving (or not solving intentionally) regional and global problems by transferring power both in their own region and far from their borders. The common characteristic of powerful states in the past and today is that they are developed in terms of sea and have a great sea power. The Ottoman Empire had a very strong navy when it was in its strongest period. Spain, the Netherlands, Portugal and England, were developed in sea and among the great powers of the world between the 15th and 20th centuries. Russia which has large territory could not go beyond its borders and remained on the defense. France, which has been a colonialist country for centuries, could not become a great power as it could not be developed in sea.   Global and regional actors can maintain their power to the degree of importance they place to maritime.

In the 21st century, aircraft carriers have become symbols of prestige and status for states. States use these multi-purpose ships to transfer power, to exist outside their own seas, to carry out humanitarian aid and disaster relief operations, and to gain sovereignty by engaging in conflicts when necessary. Just as the main warships were a symbol for the states at the beginning of the 20th century, today this task is on the aircraft carriers. Just as it is important for states that want to be strong or look strong at the end of the 20th century to have nuclear weapons, and to have an aircraft carrier today has the same importance.

The most remarkable advantage of the permanent members of the United Nations Security Council, USA, Russia, France, China and England, was their nuclear weapons. Then, Israel, India, Pakistan and North Korea developed their own nuclear weapons. But with the entry into force of the Treaty on the Non-Proliferation of Nuclear Weapons, the popularity of these weapons declined but it was not deterrent. Countries such as Iran and North Korea, who made efforts to possess nuclear weapons, were punished with the initiatives of the United Nations Security Council; They were subjected to long-term embargoes under the "rogue state" stamp. Even today, countries such as Germany, Brazil, and Japan have the capacity to develop and manufacture nuclear weapons, but have not acquired nuclear weapons in order to avoid the heavy costs it will bring in both their domestic and foreign policy.

In short, the Aircraft Carrier is not only a power-transfer platform, but also a tactical, strategic and diplomatic tool.

The most important concept of our agenda is the Blue Homeland. Blue Homeland is the future of Turkey in the 21st Century. To exist in the Blue homeland and to maintain our sovereignty is a struggle for existence. In order for the struggle to continue and win, Turkey must be strong and use its power where and in a way necessary to protect its interests in the surrounding seas and the neighboring seas and oceans and prevent threats that may occur. Of course, this will be possible with a strong and dynamic naval power. When an incident occurs in the region and waters that concern us, those who govern our state say, "Which units do we have in that region?”[1] It is possible by reaching the level of asking this kind of question.

The aim of this book is to create a resource by giving information about Aircraft Carriers, a subject that has not been published in Turkish before, rather than discussing the sea power, strategy or other important concepts from the basis of political, economic or international relations. The subject is interesting and there is much more to be said as the Turkish researchers have given not information yet. But the most urgent is to help the concept of Aircraft Carrier become known in our own public opinion and show how important it is for our nation to have such a technological giant unit. For this purpose, we tried to obtain information from primary sources. We used original photos that had not been used in any other media before, with the necessary permissions from their owners. We avoided going into the details of the topics so that the volume of the book would not grow and the reader would not be bored. We tried to get researchers interested by trying to write in an academic style and perspective.

Our hope is that other researchers will start to make more detailed political and sociological analyzes by producing ideas on these and similar issues that have not yet been handled, and that they will produce academic studies with original works. But the greatest work for Turkey would be to have its own aircraft carrier.

[1] Similar to the question of B. Clinton's “Where is the nearest carrier?”