Are These 104 Retired Admirals Retarded? 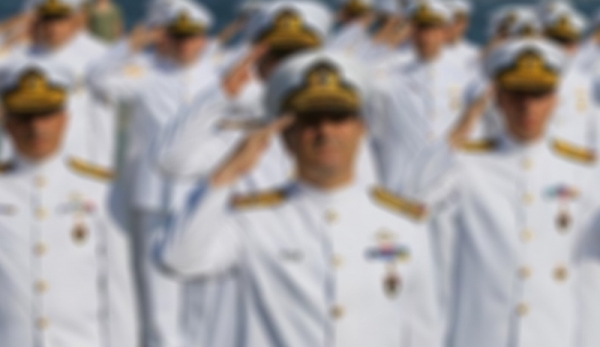 Here we are, another midnight declaration.

Those who try to be a shackle instead of support in the blessed marches of the beautiful people of our great country and those who want to put shackles on their feet are not over...

The idiots, traitors, boneheads of our great country are not over...

At midnight on Saturday, April 3, 2021, 104 retired admirals have published a declaration. It is something completely political and a threat to the government...

Now, are we going to call these 104 retired admirals "retarded" and dismiss this declaration?  Will not we care about it? Of course not, we will.

It is a memorandum that has been worked on for a long time, has been finely tuned, cleverly planned, extremely conscious and organized. It is obvious that they get support and send hidden messages...

These 104 retired admirals are not retarded, they are narcissistic and they think they are very smart.

Democracy in our country operates with all its institutions and rules. If these 104 retired admirals were really patriotic and really interested in the interests of the country, the way to be followed was clear. They would either become a member of a political party and make their opposition within the framework of the law and democracy, or they would establish a legal association and make symposiums, panels, investigations, research, reports as the activities of the association and share it with the public. But they have no right and authority to come together in secret, to give memorandums at midnight. If they do in this way, I would say “who the hell are you!”.

Who do you think you are?

Anyone who wish to form an officer’s club suddenly, then to deliver a memorandum at midnight.

It is not something possible.

I call our public prosecutors to duty. These men should be investigated. In fact, their travel abroad should be controlled and they should not be allowed to escape.

All the meetings of these 104 retired admirals in the last 6 months should be examined. With whom, when, what meetings they held, with whom they were in contact domestically and abroad, everything should be revealed. After that, they must give their accounts in the Courts of the Republic of Turkey.

However, it should not be overlooked that these 104 retired admirals who are eager to coup are not alone. They certainly have supporters and rearguards. Anyone who makes this memorandum look like an innocent freedom of opinion should be ​followed. Such actions are also done to observe our reaction. These are just little tests. In the future, these are the check made before the great coup attempt just like the July 15. For example; Perhaps we overlooked it, in recent weeks, an interview was published with General Çetin Doğan, one of the founders of the February 28 post-modern coup, with his former rank but with his new rank, Private Çetin Doğan. A criminal who was convicted of the coup and sentenced to life imprisonment, whose rank was dismantled, spoke freely and unashamedly as if nothing had happened. All of these are made to check out reactions. We should never forget this.

The swamp must also be drained if we want to eradicate the coup completely and never to have a coup attempt again. The largest swamp is still open and continues to produce mosquitoes. I'm talking about the Fenerbahçe Officer’s Club. Especially Fenerbahçe Officer’s Club and officer’s clubs in metropoles continue to function as meeting and organization places of the coup plotters. First of all, the directors of the officer’s clubs should be civilian directors, not active officers. Civilian Directors should be taken to special intelligence training by the National Intelligence Organization, and meetings and gatherings in officer's clubs should be followed. It cannot be finished otherwise.

Since the reign of Abdul Hamid II, it is a pity that there have been traitor pashas in our country and have worked for the interests of foreigners, not their own country.

They will do their duties and we will continue to do ours.

They will try to demolish and corrupt, and we will not let them to demolish or destroy with the permission of Allah.

I would like to conclude my article with the words of Retired General Adnan Tanrıverdi, President of ASSAM: "The signatories of this declaration are the pawns of different civilizations in our country. They are the owners of the mentality that is formed by people who are behind the times, who have not utilized from democracy and the moral values of the nation, and who try to use the rank, position and financial possibilities that this nation have provided them, and they use it against the nation. If they respect for the national will, they must be brave enough to take the power to rule from the nation. Our country will not be frightened off by empty talks and it has long passed the era of puppet rulers who fear its own shadow. The Nation support its State".

More in this category: « Consolidation of Our Sovereignty Rights in Canal Istanbul and the Straits Islamophobia in the shade of Secularism and Democracy »
Login to post comments
back to top