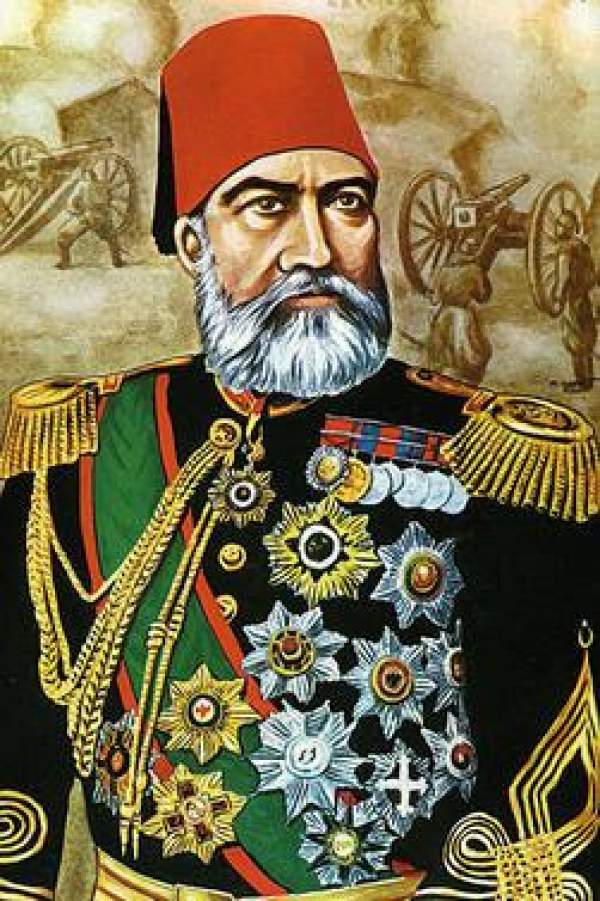 Oh friend, what an unending issue this is, what unending paranoia.

Tensioners, Clog-wearers, old sticks in the mud, bats and etc.

Whenever the local and national people of Anatolia turn to power, aspire to rule, and begin to develop a little, your choir begins to say: Reactionarysm is approaching...

If we are employed in their schools under their authority, neither our beards nor our headscarves bother them. The same is true whether we are cleaners in workplaces, party buildings, or as janitors in luxury estates...

But when we want to be a manager, the beard becomes a symbol of reactionarysm. The headscarf of the female judges is a disaster, and an officer's beard is a sign of the doomsday.

It has been almost a hundred years, it is still the same chant. It is enough!

We say give a description of that reactionary, they would not. They cannot!

In fact, we know, and they know very well that what they call reactionarysm is actually “Religion”. Do not get me wrong when I mention religion, it is just the religion of Islam. They never saw Christianity and Judaism as reactionary. On the contrary, during the founding phase of the Republic, they made a suggestion in the parliament that we should switch to the Christianity. The proposal to put pews in mosques just like in churches is also famous.

At certain times, this black-spirited reactionary choir sings together like frogs croaking in the dark of the night by the lake.

A man disguised as a journalist whose only skill is to attack Muslims, his name is not worth mentioning, he wrote in a lousy newspaper; “TAF is at the target of reactionary forces”. Previously, it was supposed that General Adnan TANRIVERDI had requested “Bearded soldier”. They also published an article titled “Are you ready for the Bearded Generals?” I do not want to say anything about the purposes of these people. I do not find it worthy and necessary to analyze it lengthily. This mentality and their goals are already well known to our nation. Because this is nothing new, their attitude. As we said, the same chant has been going on for almost a hundred years.

The simple attacks of simple people are not important at all, but the global attacks of the global imperialists are important. We need to understand the forces behind simple people and their purpose, to see their goals. Unfortunately, there are not few people in our country who were born and grew up in these lands, but who left their bodies, minds and souls to the rule of the invaders, who became the tools of the infidels, and who were funded.

What I have written so far is what we have always known. My purpose in preparing this article is not to repeat or remind what is known, but to question how much longer we will tolerate these wretched and disgraced people.

Personally, I say yes, that's what I am in any place where there are words like reactionary, tensioner, old stick in the mud, zealot. I say, “that’s me”. I say I am the strictest follower of Sharia. Because he also knows, I also know that; what he calls reactionarysm is actually the religion of Islam, and what he calls reactionary is Muslims. Since he cannot openly attack Islam in a country where ninety percent of its population is Muslim, and cannot play with religious terms, he insults him with the bad adjectives. So he also knows, I also know that; When I say I am a reactionary, I actually say I am a Muslim. The late Mehmet Akif and Necip Fazıl gave the best answers to such people throughout their lives. It is a good example that Necip Fazıl said, “Those who call us reactionary are the ones who come from the breed of mule” (1). Racehorses put a lap difference on a mule, he gives this answer while describing the incident.

This is the only way to respond to the mentality that is so hollow as to call a Muslim reactionary, who tries to obey the order of his Lord, who brought the universe out of its non-existence to the system of Allah, the creator of everything, and turned one of the millions of sperm in a drop of water into a human being. It is an insult to humanity to treat this mentality, which our Lord defines as “more perverted than animals,” and which is millions of years behind the modern times, as human beings.

Have you seen ˹O Prophet˺ the one who has taken their own desires as their god? Will you then be a keeper over them?  Or do you think that most of them listen or understand? They are only like cattle—no, more than that, they are astray from the ˹Right˺ Way! (Al-Furqan: 43,44)

While naming the headline “TAF is at the target of reactionary forces” or “Are you ready for the bearded general?”, they have the poison in their minds that cannot be a religious army or a religious general, and they inject this poison into the reader's subconscious.

So, who are the reactionary forces mentioned in the article? Who is this tag for?

No need to have our heads in the sand. The local and national children of this country are Muslims who try to live their faith as much as they can. They are YOU and ME!

What has been done is a perception operation again!

Now let us ask ourselves, what kind of perception is formed in our minds when we hear the word “Bearded general”?

Is our bearded Prophet like the Prophet Muhammad (pbuh), or the fierce Seljuk Sultan who opened the Anatolian gates to us like Alp Arslan or the founder of the Ottoman Empire the great commander like Osman Bey or a giant who conquered Istanbul like Mehmet the Conqueror, destroyed Byzantium, which was given the harbinger of hadith, closed the middle age, opened the new age, or a giant personality, a global ruler like Suleiman the Magnificent, or a political genius like Abdul Hamid II, or the Great Sultan? Is the hero of Pleven Osman Nuri Pasha? Or the hero pashas of our War of Independence? While these heroes, of which I can only count a few of thousands of examples, were bearded, why could not there be a bearded general in the TAF?

How do those who do not fit a beard to a general, like the heroic figures I have mentioned above, to the exemplars of honor of our history? And imagine those heroes without beards, what would change? So let's not be fooled by perception operations.

Beard is not a feature worth talking about. I mentioned it because they do a perception operation over the beard. The qualities to be sought in a general are intelligence, knowledge, wisdom, foresight, bravery, courage, self-sacrifice, endurance, love of homeland and nation, etc. (2) Since none of these features are of this mindset, the tensioners, whom they call reactionary, try to mess with our heads by forming the perception that they will bring a beard to the army. In their minds, they hit three birds with one stone. They insult the beard, the bearded, and the devoted sons of this country whom they do not share the same mentality...

Are we going to be victims of perception operations?

Enough of these disrespectful people's hostility to religion!

Is not it enough that they try to humiliate millions of Muslims with nicknames?

Is not it time to draw the line for them now?

If thousands of people wrote reaction responses under the disrespectful posts, would they be so brave?

I wrote this one which you are reading now. I did my best.

We will make the effort, the realization is from Allah, may my Lord be our helper.

Let's finish our article with the magnificent verses of our National Poet Mehmet Akif Ersoy.

I can't condone cruelty; I will never applaud the oppressor;
Yet I can't renounce the past for the sake of deluded newcomers.
When someone curses my ancestors, I want to strangle them,
Even if you don’t.
But while I harbor my elders,
I refuse to praise their injustices.
Above all, I will never glorify evil, by calling injustice “justice.”
From the day of my birth, I've loved freedom;
The golden tulip never deceived me.
If I am nonviolent, does that make me a docile sheep?
The blade may slice, but my neck resists!
When I see someone else's wound, I suffer a great hardship;
To end it, I'll be whipped, I'll be beaten.
I can't say, “Never mind, just forget it!” I'll mind,
I'll crush, I'll be crushed, I'll uphold justice.
I'm the foe of the oppressor, the friend of the oppressed.
What the hell do you mean, with your backwardness?

(1): Here is a part of the master's lecture about the rogue mule: https://www.youtube.com/watch?v=Wc3qntirrbY

(2): The qualifications of a soldier are listed in the Internal Service Act and Regulation No. 211. It is quoted here as an answer to traitors who have sold their body, mind and soul. Those who are interested can read.

Internal Service Code Article 39 – In the Armed Forces, special attention is paid to raising morality and spirituality and strengthening national feelings along with military training. It is the primary duty of every soldier; loyalty to the republic, to love the country, to be of good moral character, to obey the superior, perseverance and effort in serving, courage and assertiveness, to disregard his life when necessary, to get on well with all his fellow soldiers, to help each other, to be organized, to avoid things that are prohibited, to protect his health, and to keep secrets.

More in this category: « Yesevi Alperenler Association Visited ASSAM What Was Said in the British Cabinet for Future of Turkey? »
Login to post comments
back to top