How the Attacks on ASSAM and SADAT Started 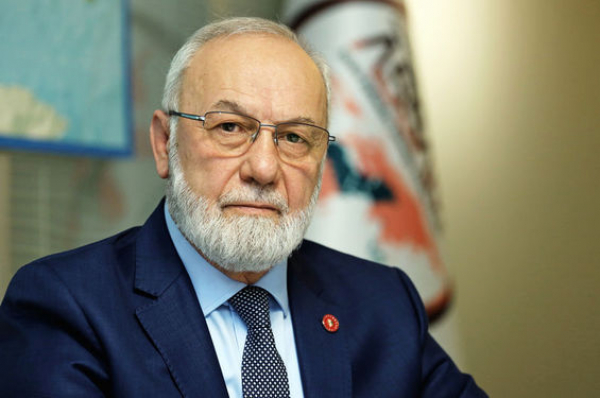 Since the first day of its establishment, SADAT has been observed and followed carefully by some communities in the USA. When tensions arose between the government and FETO, which was known as a congregation at that time but was understood to be a terrorist organization after it was deciphered, when General Adnan stood firm on the side of the right and began to put the congregation in its place, these communities in the USA targeted General Adnan in order to protect themselves.

At the beginning of November 2013, the congregation was charged to wear down the government and destabilize the political stability with the pretext of closing the private teaching institutions.

On December 17, 2013, a great foreign-backed coup attempt was conducted by the congregation with judicial and police operations under the name of "Corruption of the Century".

During this period, General Adnan, who analyzed the events with his intuition, especially between November 18, 2013 and January 29, 2014, started to publish his enlightening, truthful and informing messages in the ASDER mailing group, showing a great example of foresight.

Of course, these messages were also carefully read by communities in the USA.

After this date, ASDER, ASSAM and SADAT are targeted.

After the coup attempt on July 15, 2016, General Adnan Tanrıverdi was appointed as the Chief Advisor of the President, and the process started to become more exciting for the communities in the USA.

As you know afterwards, traitors with external connections, especially those in contact with the US communities, started mass smear campaigns. A team of FETO was in guiding position in this matter. Smear campaigns still continue in the most infamous and despicable way.

I present you summaries of General Adnan's messages from the ASDER group. Considering that in those years there were weak-willed and self-interested people, who could not even speak in the AK PARTY, and that many important people could not show his side and remained silent, it is clearly understood how important this will, upright stance and struggle of General Adnan was.

If you want to read all the messages, you can see them via the link below.

More in this category: « Ethem Dipsheu the Hero of Turkish War of Independence We Should not Resign Our Own Flag! »
Login to post comments
back to top