Amnesty for the Coup Plotters of February 28, Never! 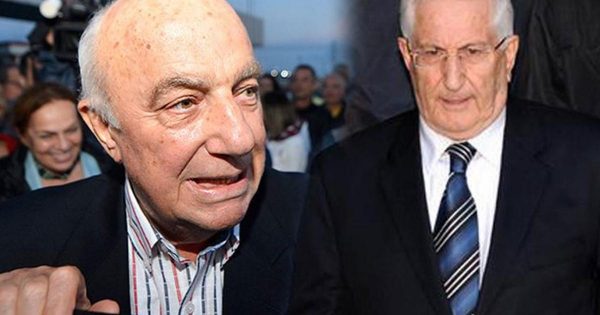 The post-modern coup plotters of February 28 were tried by independent courts and found guilty on behalf of the Turkish Nation, and all legal procedures were completed and they were put in prisons to be executed.

Unfortunately, some well-situated people and marginalized deputies in the media have called for their amnesty by our President, using their old age and health condition as an excuse. Operations to create a new perception that would simplify and alleviate the atrocities of the February 28 coup plotters and the damage they inflicted on the state, economy, and nation were hastily put forward by some coup supporters and collaborators.

After it was concluded in the conscience of the nation, it was also examined and checked by so many judges in the Domestic Court, the Court of Appeal, and the Criminal Chamber of the Supreme Court, and it was determined that the verdict was fair and lawful. Thus, for a trial whose crimes are also determined by independent Turkish Courts, 25 years later, today, under the influence of new perception operations, striving for the amnesty of the coup-plotters is not mercy, on the contrary, it is trying to devastate the people of Turkey.

Punishment of criminals is the most vital rule of law to prevent persecution, eliminate grievances and establish justice in the country. This rule is indispensable for the unity and peace of a country. Punishing the criminals is one of the most important measures necessary to prevent such situations from happening again, as it cools the fire in the hearts of the victims a little bit. Although it does not adequately address the damage that coup-plotter traitors and tyrants have done to people, to the economy, to the state, it is at least a small consolation.

Unfortunately, our country has been a paradise for coup-plotters since 1960. Known people who declared themselves the protectors of the regime maintained their dominance by constantly putting a nightmare on the people and the administrators elected by the people. The biggest problem of our state in our country is coups and coup-plotters. In the last and most infamous coup attempt of July 15, our nation taught the coup-plotter traitors an unforgettable lesson and closed this book, never to be opened again. If the crimes of the February 28 West Working Group gang are forgiven now, some will be revived. But if the punishments are executed without delay, no one will dare to attempt any coup again.

Moreover, the punishments of the post-modern coup plotters on February 28 did not sufficiently satisfy the oppressed and the victims. Those who died in those years and those sufferings will not be paid for. The loss of rights that emerged in that cruel process could not be compensated up to now. Every believer from all walks of society, from 7 to 70, has had their share of this persecution, albeit a little.

In terms of the institution I belong to, if I were to express what I personally experienced and witnessed, most of the atrocities and disgrace in the TAF could not be still cleared. With the great contributions of our President Recep Tayyip Erdoğan, the law numbered 6191 could be enacted, and the officers and non-commissioned officers who were ex officio retired from the TAF with the decisions of the Supreme Military Council got their rank reinstatement and some of their rights back, but they could not receive their indemnity payment. However, Ergenekon victims received their indemnity payments easily. If a comparison of persecution is made, what the victims of Ergenekon experience are less than what the victims of the Supreme Military Council have experienced.

While there are so many victims in only one institution, when we evaluate all the other institutions, students, and people together, it is understood that the punishment given is as small as Alâeddin Hill located in Konya, while it is compared the persecution is like the Himalayan mountain range. What was done to the late Prof. Dr. Necmettin Erbakan, who was a lover of the country and whose sole purpose was to serve his country and nation, is still in front of our eyes. Did not the despicable coup-plotters overthrow a successful government with a rogue deception? Did not they devastate the country and burden each citizen with debt?

When the rights of so many victims and oppressed are very clear, if you make the mistake of forgiving the disgraced, vile, enemy of the homeland and nation West Working Group gangs just because of their old age, this will be cruelty and you will rub salt in the wound.

If we want to ensure that our national unity and solidarity, which has only just begun to settle, is carried out healthily, concessions should never be made to the vile coup plotters and coup supporters who try to prevent freedom of thought and freedom of religion.

No one should ever be allowed to put themselves above the nation.

It should not be forgotten that Justice takes courage. Courage manifests with execution.

Therefore, the coup-plotters should be punished, and the rights of all other victims who have not been given their rights should be given as soon as possible.

For the sake of the past, no experience can be neglected.

More in this category: « The Power That Brought Biden to His Knees!.. ‘Jewish Nazism-Political Zionism’ Policy of Turkey on Afghanistan During Taliban Era »
Login to post comments
back to top