Omar al-Mukhtar Must Be Turning Over in His Grave 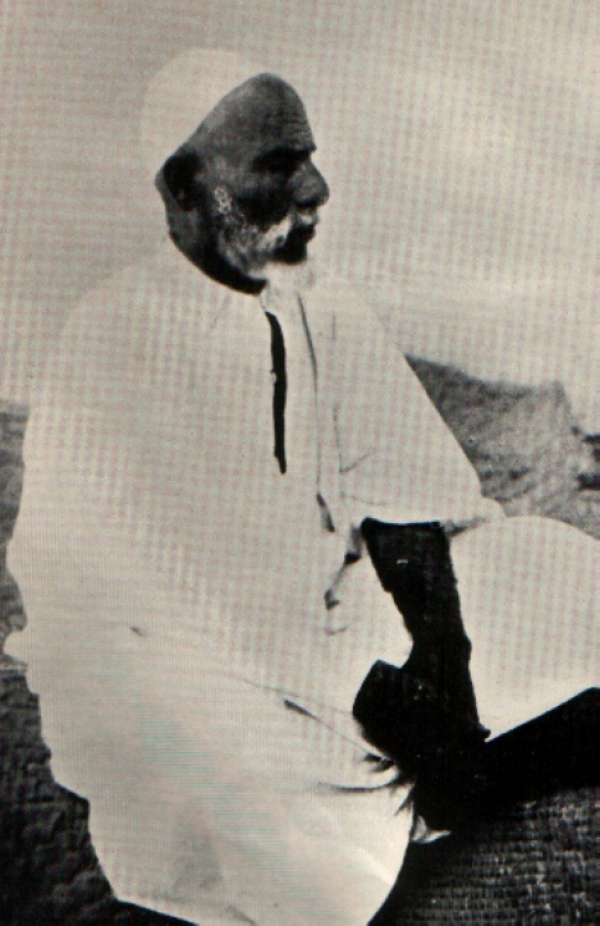 Omar al-Mukhtar; the most memorable leader in Libya's recent history imprinted on the memories. He is the "Desert Lion", who has become the symbol of the relentless struggle against the Italian soldiers in Libya, which they conquered with a fait accompli, also the symbol of today's struggle for independence.

Although he was executed, he did not submit to the Italians and even earned their respectability as a symbol of struggle.

A real-life hero who unwaveringly refused the offer of Italians to pay him a salary and help him live in Egypt.

Today, the town of Butnan in Libya's eastern side, where he was born, is now under the control of Haftar's forces.

I am sure that Omar al-Mukhtar, who struggled for the independence of his people, were honored with martyrdom, is now suffering in his grave.

Haftar's troops, who attempted a coup in cooperation with western imperialists for the sake of political ambition, overshadow the nobility of this great person.

Forces affiliated with the Government of National Accord, which has achieved undeniable success against Haftar with the support of Turkey, crowned this struggle yesterday by taking full control of the capital Tripoli airport.

Immediately after, Libyan Leader Serrac came to Turkey and met with our President Recep Tayyip Erdogan and exchanged opinions for crowning this victory and establishing the continuity of peace.

In the Islamic Geography, these countries, bursting with blood and tears under the dirty games of the West, now expect a solution from a country that is not from the West but from an Islamic Country.

Although this situation is the first time ever among 61 Islamic countries, it is very promising for the future.

Although some parties attribute this development mainly to the Ottoman Turkish population which remains resident in Libya, and the fact that the Libyan leader, Mr. Serrac, is of Turkish origin but this is not the case at all.

It is not more than to overshadow the economic and diplomatic success of Turkey, which has taken a role as a playmaker in this assessment zone and achieved its goal by taking a stand-alone role, despite the interests of the EU.

Libyan people will never allow the tomb of Omar al-Mukhtar who was executed in 1931 and constituted a landmark in Libya's struggle for independence, to be trampled by the forces of coup-plotter Haftar.

At the point we have reached today, the West has already begun to be on the ropes under the terror they have started. The United States has fallen in a position to sigh the countries of the region, which it scrambles to bring peace and tranquility under the name of so-called democracy.

Every individual within the country's government, from its president to its lowest-ranking officer, is at the center of the chaotic practice of racism and religious sectarianism.

On the one hand, the people who have lost their purchasing power under the effect of billions of dollars spent on devastating the Middle East, while the people rebelled against the country's government with white and black people as part of racism, do not stop looting.

This situation shows that the concept of economic power is the basis of the unity and solidarity of imperialist countries such as the USA.

Very soon, the military, economic and political cooperation that began with Libya in the ASRICA (ASIA-AFRICA) countries under the leadership of Turkey will spread to other countries in the region, the financial resources of these imperialist colonists will be cut off and their process of destruction will accelerate.

In this context, Turkey does not neglect to configure the regional market in which they will commercialize production technology in the future while trying to put the country's economy back on track.

Those who criticize the government with the claim that there is no production and technology in our country have not supported production until today, and they cannot even declare an opinion on how to create Market areas where industrial and technology products produced today will be commercialized.

It is a fact that the Western Countries commercializes its industrial and technology products to ASRICA countries. It will strengthen Turkey to bring these markets, which are full of blood and tears today, of environment of peace and tranquility as soon as possible.

That is why there are some criticisms from opposing and some parties in order to prevent Turkey's success.

It is at the heart of these contradictory voices that play into the active imperialist states' hands in our country.

Turkey's strong position on the Mediterranean oil and gas is the result of this.

Turkey owes its military, economic and political success in this region to the power of the nation it feels behind it.

The only obstacle for Turkey to become a superpower in the region is the inability to ensure national unity and solidarity.

If this is achieved, there will be no obstacle to Turkey being one of the superpowers of the next century.

Of course, in such a situation, it is a national debt to support its leader who says, "I set out with my shroud".

More in this category: « Our Vice President Ersan Ergür's Interview with the Arab al-Estiqlal Newspaper New Hope of ASRICA; LIBYA »
Login to post comments
back to top